Someday the "two sponsors" of arrogance will end in the security of power of ER! 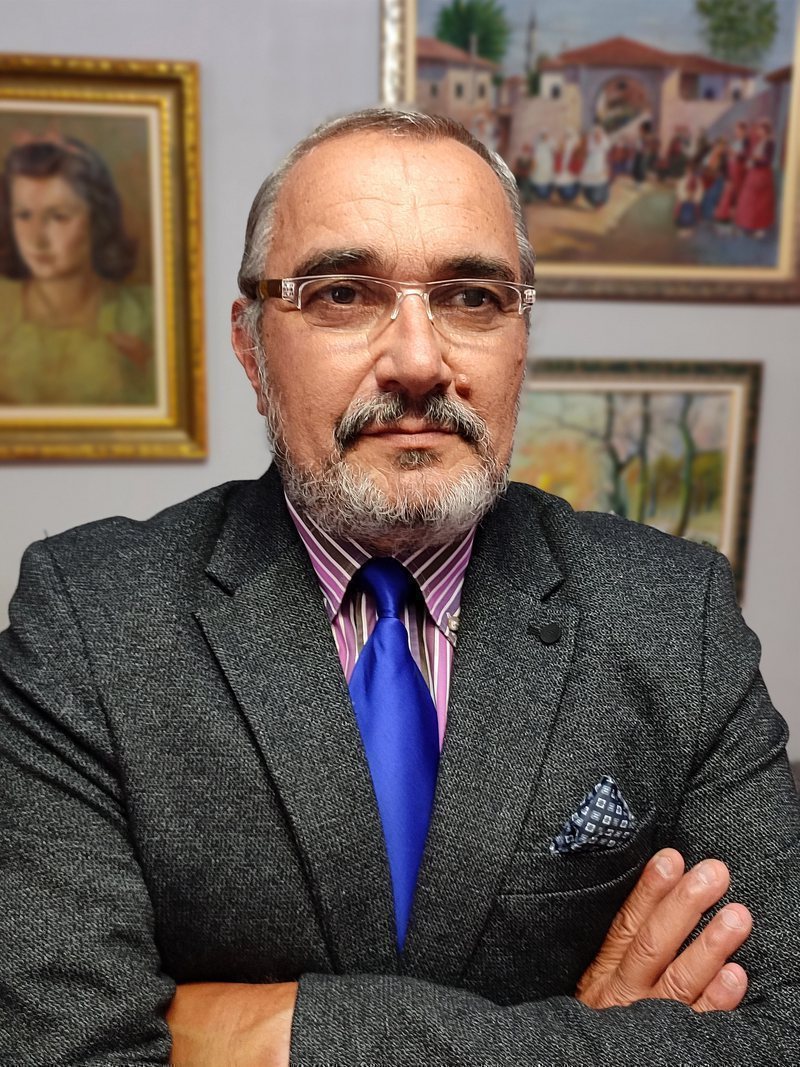 Now whatever happens to the power of ER, no matter how arrogant and sometimes grotesque it becomes, no one in their right mind doubts that he has two extraordinary sponsors behind him. Who is reading these lines, remembers that one of the two sponsors is Soros! Yes, yes, someone (from SKUP) knows Mrs. Kim as an ER sponsor! Someone knows the democrats in the USA and this is what they say at the tables from SQUP and the party of the Metaj family! Maybe someone from the group of democratic dancers of Alibeaj, but also the section of the Duma, maybe they know different oligarchic and political sponsors with millions and millions of euros distributed! So - maybe I say! But I am talking about the two strong, important political sponsors of ER who do honor and service to him, berating him daily and threatening him or reacting which actually translates to - sponsoring Rama to stay in power, in front of a tragically sick society. One sponsor is "Non Grata" in the USA and Britain, but they are now left alone in the EU! Sali Berisha will have work with justice not only for "being non grata"! He, not wanting to stay in his corner and wanting to do the kapadai with great powers over him and performing the last internship of the communist folkloric, the only one left in the Balkans, but also in Europe, has finally broken ties with the USA and the State Department! Not only "the affair of Cezi and the Partizani Club, but also many others such as January 21, Gërdeci and anything else like murder in Albania including the 97th, will be added to this sponsor of Rama as public relations with justice in Albania! He (SB) knows that Rama does not do these things, but folklorism and then some kind of internal fear prevents him from saying that he has all these from across the Atlantic! He just plays the last nonsense with the old women who say – give us permission to kill Rama! And there is no greater sponsorship than this for Rama! Better this nonsense and others like this, than you forgive 1 million dollars, for an electoral campaign that he no longer needs, because he has enough! And this is the first sponsor, while the second is the head of the family of the Freedom Party! The man who was made President by Rama, but it occurred to him (actually he didn't have a smiling face when they made him President, because he was smelling something) that he would also be his opponent as a man who knows himself to be undefeated, not afraid of anyone and for this he plays as in "Ben walks by himself" and raises his voice in the forest! So when Ben was singing - the partisan was going to war!!! He's sitting at the moon to show that he's not scared, when in fact he is! Ulurin towards ER, but he himself knows that ER has not done anything to him! Not except the President! He realized that he also has a "good" biography when they managed to find that he is in the insurance file! Good affairs and still not well closed that have papers still known, but also - the insurance files?! Rama has been there and the President has done it - but even in this case, this sponsor of his, knows that he does not have this "honor" from Rama, but those who control Rama! I know that they tolerated him and Berisha but also Rama and others among them, much more than others in the Balkans! They have been tolerating for three decades! The end has come! They can no longer keep each other as political sponsors of each other! And this is not done by the ER, nor the government of Surrel, nor the "government" of Rilindja, nor the Socialist Party that has coexisted and made mistakes with them. For three decades! Knowing that we will no longer have justice in their hands, neither the prosecutor nor the high courts! They know that they are controlled but they play the last part in Albania's democracy that they have degraded together by becoming sponsors of evil! In conclusion, both SB and IM will end up sponsoring ER at some point! Surely the end will come to you. And this moment will be seen from today as Rama's victory! The ER is definitely a participant in the victory, but not the initiator and the main or essential one! At that moment, he will be more vulnerable than ever and this is the moment when it will be good to stay or leave power without a political alternative in Albania. ER has today its two sponsors, whose names are Sali Berisha and Ilir Metaj! Tomorrow they will no longer be able to be his sponsors. This moment is also the beginning of Rama's departure from power.