"Academia Albanica", a research unit with a special focus on the Albanian musical heritage 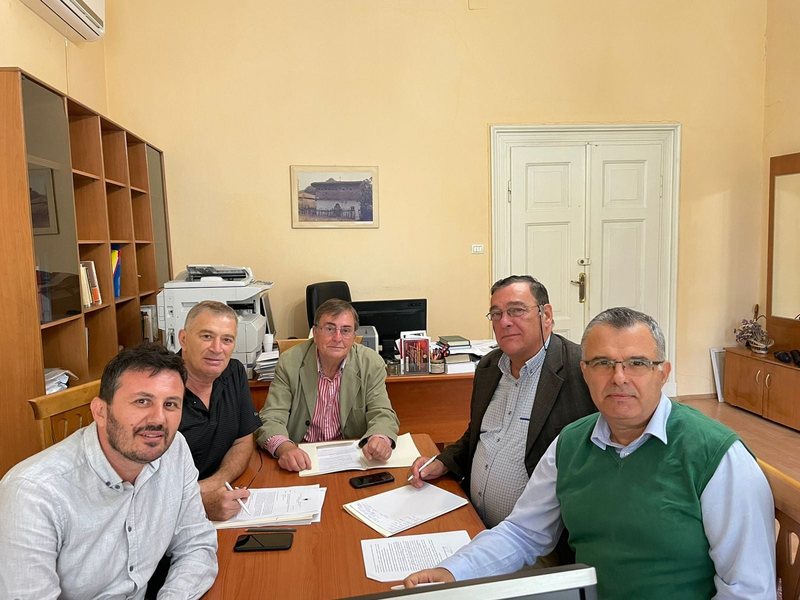 "Academia Albanica" is the temporary research unit of music and interpretation. Created at the Academy of Sciences, its members are well-known names in the field of Albanian music, and is led by prof. assoc. dr. Eno Koço. The decision published by the Academy of Sciences is dated 29.9. 2021. Presidency of ASH in the meeting of September 29 based on the written proposal of prof. assoc. dr. Eno Koço, external member of ASH, approved and supported by the Section of Albanological Social Sciences and the permanent commission of art and heritage decided to create the temporary scientific unit "Academia Albanica". “With a research field in ethnomusicology, music and its interpretation; for the study, evaluation and interpretation of the basic works of Albanian national music; with special focus on the artistic musical heritage of Albanian academics (Albania and Kosovo) ", it is said in the decision published by the Academy of Sciences (ASH). The Academy of Sciences of Albania on October 8 announced that the first meeting of the board of the newly created unit in the field of music was held near it. The unit will have as its field of action the basic works of Albanian national music, where the vice president of the Academy of Sciences, academician Vasil Tole says that he has prominent representatives of music. "It is a pleasure to have prominent representatives of music from Albania, Kosovo, Northern Macedonia and the Albanian music diaspora in the world in its permanent board. Maestro Eno Koço, prof. as. dr. external member of the Academy of Sciences was elected its executive director ",

Activity in the field of music

Eno Koço's artistic work in the field of musicology is colossal. Among the Albanian and English publications are the treatise "Orchestration", in collaboration with Gjon Simoni (1977, 1984), the books "Tefta Tashko Koço and its time" (2000), "Albanian Civic Lyric Song in the 1930s" (2002), periodical articles since 1970, and among the most recent are those "On the songs of the collection Lyra Shqiptare", published in the magazine "Kultura Popullore" (1999) and "Albanian Urban Song Tradition", in "Studia Albanica" (2002) , etc. After his stabilization in England, in parallel with the Anglo-Irish orchestras, he maintains permanent connections with the orchestras and choirs of Albania, conducts in the National Orchestra of Tirana, realizes several tours abroad, defends his doctoral thesis, introduces programs from the subject of his research, subjects that relate to our spiritual values. In this regard, he holds scientific communications in European universities, affirms Albanian musical values, promotes the music of British composers in Tirana, brings the Albanian public closer to the high values ??of world music (Toska, Cosi fan tutte, The Wedding of Figaro, the works of Edward Elgar).