"We are talking about two extreme situations ..." / The anxiety of December, astrology shows what will happen to the horoscope signs: You are in pretty difficult situations 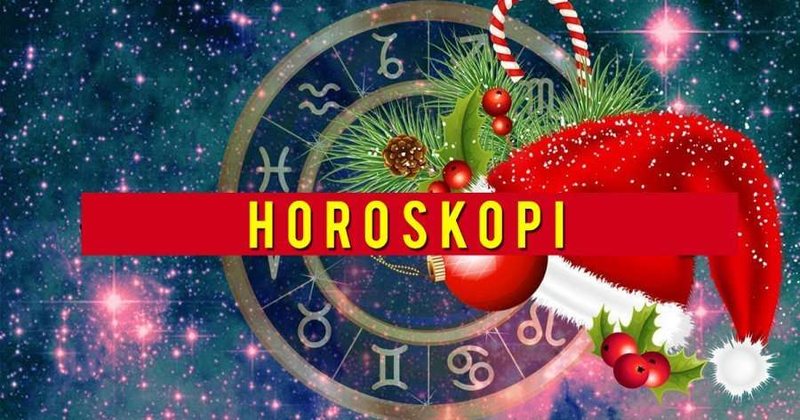 We are just one day away from entering the holiday month, the most beautiful period of the year. Astrology Meri Gjini said on TV Klan that although it will be a little difficult time, with uncertainty and strong emotional fluctuations, the key to succeed is in the organization. Overall, though, the news will be good.

Meri Gjini:  We are in pretty difficult situations. It has actually started to tighten things up in 2017, however in December 2019 and until April 2023, we are at the planetary entrance which brings us stress. The October-November period that will continue until mid-December has Mars in a position which brings all our fears to the surface, despite the fact that in the end nothing may happen or we get the best, but we will to have anxiety and the tendency of uncertainty for tomorrow.

In such times, long-term design is very difficult and this complicates the mood of human reactions. The unexpected factor will be present, although it does not pick up a certain sign. We have the introduction of the solar eclipse on the 4th since when negativity is heard and spread, which comes more from rumors than from reality. This eclipse will occur from a new Moon to Sagittarius entering with the Sun and Mercury. This will be the opposite of the November Moon when new launches were difficult and few, now for the wise ideas that have adapted to the times, there is prosperity in the beginning and hasty success. For those who want the best, they can start a good organization of the period, even long-term because in addition to the quadruple entry to Sagittarius, where will go Mars which is a very big change, if we compare it after talking about two extreme energy settings. Mars in Sagittarius greatly favors academic, study, educational, festive issues, colors, beauty, communication, contacts making us more human and beautiful.

On the other hand there is also noise, for better or for worse. There is good news from powerful countries about the economy that this may not directly affect us, but it will affect long-term design, dreams. Second, there are strong protests that are hardly controlled throughout Europe and the region, but it is a form of pressure on the government to delegate things for good. It will be active and intense, especially after the 14th. A difficult introduction that we must not forget is what we talked about in November, we have to be careful with Covid, gatherings, events and parties. The Uranus-Saturn quadrilateral around the 20th is pretty strong and will be a sensitive issue.

"People born in this sign are blessed and embraced by fate" / From love, money and career, discover what the Chinese horoscope predicts for 2022

You will not believe it, but these are the 4 strangest horoscope signs

A perfect perfection / Here's what happens when you fall in love with someone of the same sign as you, experts say

The moon is on your side today / Daily horoscope prediction, discover the surprises that the stars have reserved today for each sign

The woman surprises everyone with the story: I slept with 1500 men, I do this because I am ...

Baking soda is a lifesaver for hair, these are the amazing effects it has

The moon is in your favor / Daily horoscope forecast, discover the surprises that the stars have reserved today for each sign