We have always known wrong / Video is published that is 'breaking' the network, here is what this glove is actually used for in cars 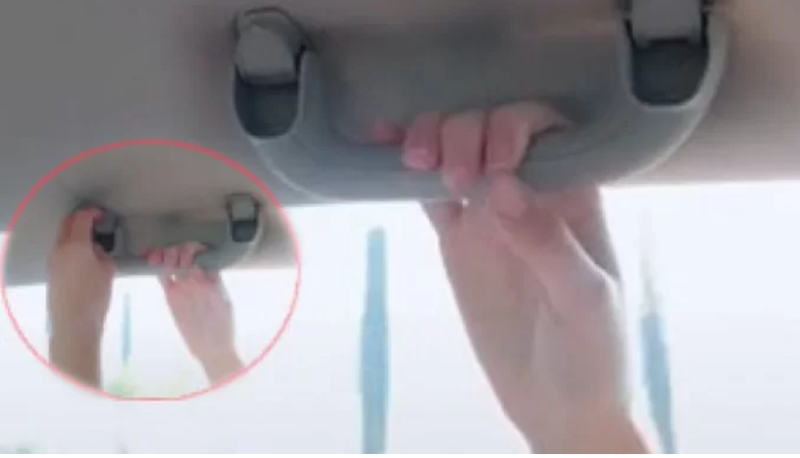 A social network is rapidly circulating a video that has surprised everyone.

User @sanne_vberkel posted a video on TikTok in which she showed how gloves are actually used in the car and this video went viral.

It was with this video that she garnered more than 7.1 million views of amazed users because they did not know and learned for the first time what it really served.

The video begins with pulling the handle over the passenger window before rolling inside a small clip. This clip holds the handle fixed (open), which makes it easier to hang things on it.

The video shows that this may not work the same on every car, but it's worth checking to see if your vehicle's handles can be fixed this way.

Many TikTok users were surprised by this feature, admitting that it would never have occurred to them. They soon discovered with comments that they learn more on social media than in real life.

"What?! "How could I not understand it until I was 42?" A user asked. Another added: "TikTok has taught me more than school."

The best method to lose weight, according to your astrological sign

Get ready! July brings you luck, 4 Horoscope signs that will succeed in your career

Today you will see things differently / Daily horoscope prediction, discover the surprises that the stars have reserved for each sign

Are you curious to know? Here is how horoscope signs behave when they are hated

Careful! If you see this insect in your home you should not kill it, here's why

"Changes will be very sensational" / Meri Shehu makes the forecast for this week: Beware of momentum

Big surprises await you / Weekly horoscope by Paolo Fox, what the stars have predicted in the last days of June and the beginning of July

Great news for this sign! Meet the horoscope for today

Where to go on vacation based on your horoscope sign

Do you know the reason why grandmothers always say that it is wrong to cut your nails on Friday?