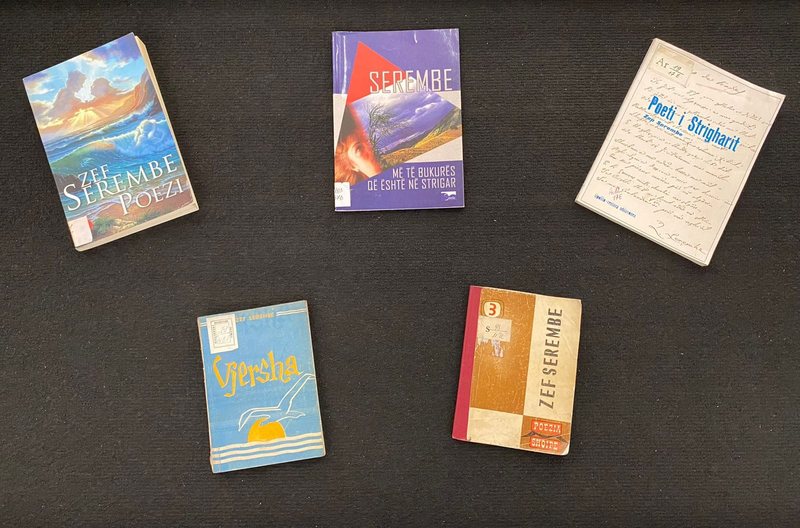 The memorial exhibition "Zef Serembe (1844-1901)" was opened at the National Library, on the 120th anniversary of the death of the Arbëresh poet. The exhibition that opened on Thursday brings to the reader's attention the poet's contribution and cultural activity. The main works of Arbëresh are preserved in the library archive, such as: "Italian Poetry and the original canti" (1883); "Poems" (1972); The Poet of Strighari (1977); the complete series of "Works" (1985); "The great goddess Elena Gjika: canto a Dora d'Istria" (1986); Selected Poems (1999); "The Loving Singer: Selected Poems" (2002); "God: multimetric song = A Dio: canto polimetrico" (2004), as well as "The most beautiful that is in Strigar" (2005). A special place is occupied by studies on the figure and work of the Arbëresh lyric. Zef Serembe was born in Strigar, Cosenza, and attended St. Adrian's College, where he had a teacher, Jeronim de Rada. In 1883 he published the first volume of poems "Italian Poetry of the original canti" and during his creativity he widely delivered lyrics with patriotic, philosophical, social and love themes. The exhibition is open to the public in the science hall of the National Library. Zef Serembe in 1897 he emigrated from Calabria to South America for the second time and tried to resume a new life in Buenos Aires Argentina. In the years that followed he fell ill and died in 1901 in St. Paul, Brazil. Serembe's poems have a sad and melancholy character, but are often patriotic and idealistic in inspiration. Connoisseurs of literature rank him among the best lyrical poets that Albanian literature has ever had, at least before modern times. His themes range from melodic lyrics to the love of evlogia (sweet words) for his homeland (whether Italy, his homeland or Albania, the land of his dreams), elegant poems on friendship and the beauties of nature (nature), and poems with religious inspiration.