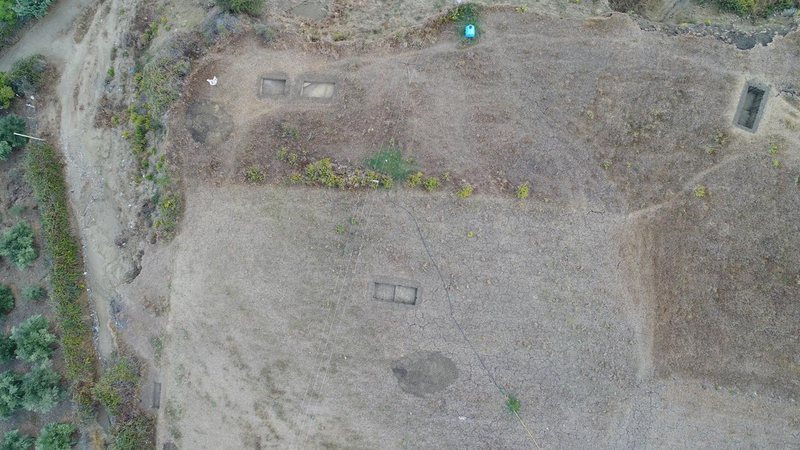 The excavation of the necropolis of the ancient settlement of Babunja has been at the center of archaeological excavations that took place in the period 20 September-15 October 2021. The Academy of Albanological Studies (ASA), of which the Institute of Archeology in our country is a part, writes that with most likely, this necropolis was located on the northern side of the settlement, on the hill in front of it, as understood from the surface excavations of 2019. next with simple pit. The tombs contained damaged skeletons, while in 5 of them the skeletons were associated with archaeological finds dating to the 5th-4th centuries BC. It is noteworthy that all the tombs were documented on the southern slope of the hill in front of the ancient settlement "Babunjë", while the surveys in the upper part of the terrace did not give the expected results ", says the Academy of Albanological Studies. According to the ASA, the discovered graves may be the remains of an ancient cemetery, damaged during the works for the opening of the road of the village "Babunjë e Re" in the 70s of the last century. "The time of dating of this cemetery coincides quite well with the dating of the settlement of Babunja and the cemetery apparently belongs to this city", continues the Academy of Albanological Studies. The project "Babunja" was led by prof. dr. Bashkim Lahi, Institute of Archeology - Tirana and dr. m. Fiedler Humboldt University, Berlin, with the active participation of prof. as. dr. Eduard Shehi, IA, Tirana, prof. as. dr. Britney Kyle, Northern Colorado University and prof. as. dr. Laurie Reitsema, Gaorgia University, with financial support from Northern Colorado University. ASA from time to time in the materials that the public presents and new discoveries that come to light from archaeological excavations in our country.