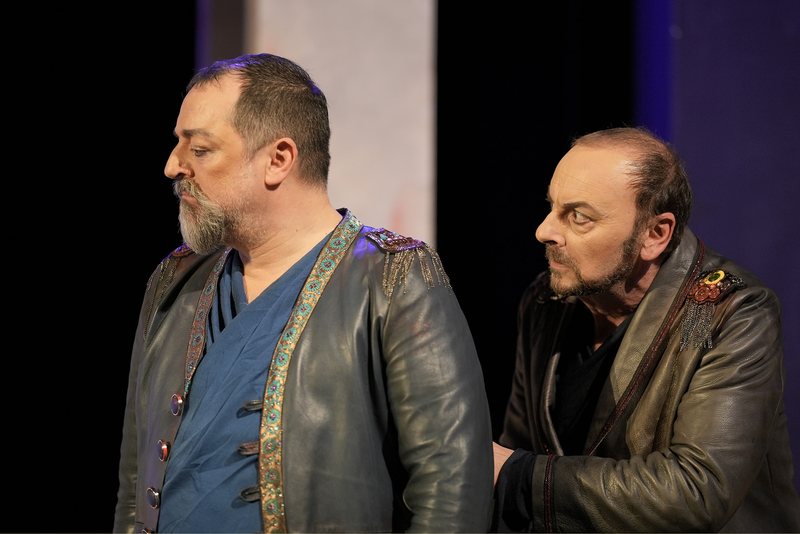 The National Theater will return to the stage with performances in a few days. On Wednesday, the institution announced that the play "Coriolanus" will be on stage for the public. "Dear friends, we would like to inform you that the National Theater will return to the stage next weekend. "Hoping to have no more obstacles, we are waiting for you with one of William Shakespeare's masterpieces and a magnificent production of TK" Coriolanus "January 27-28-29-30", the theater writes in its announcement. TK also states in his note that all spectators who have a ticket (undamaged) from 13-14-15-16 January, can convert it for one of the new dates of production "Coriolanus" 27-28-29 -30 January. Also, the reimbursement of tickets (undamaged) continues at our ticket office at "ArTurbina", says the institution. Meanwhile, The National Theater will take measures to strictly implement the approved protocols against the spread of Covid-19. "We inform you that wearing masks is mandatory for all spectators who want to attend our performances. The National Theater will enable social distancing in the big hall 400 near "ArTurbina" for all spectators who want to watch our performances. Due to the safety distance, the large hall "ArTurbina" 400 will operate at 30 percent capacity. The National Theater will provide hand disinfectant in its premises near "ArTurbina", it is said by TK. This weekend the theater will continue with the online artistic activity, which it announced on Tuesday. Part of which are evenings with poetry, artistic readings of theatrical works, etc. "Coriolanus" production of TK, a masterpiece by Shakespeare premiered in December 2021 at ArTurbina. Under the direction of the well-known director Altin Basha, actors of the National Theater have been engaged for Shakespeare's masterpiece, as well as young people from the University of Arts.