Korça Theater, with the comedy "I die laughing" at "ArTurbina" 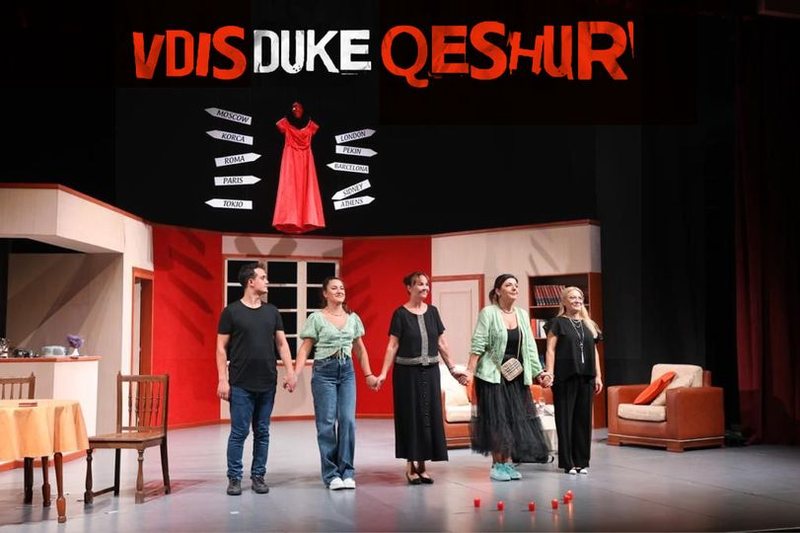 The comedy "I die laughing" is being shown to the public these days on the stage of "ArTurbina" at the National Theater. The "Andon Zako Çajupi" Theater of Korça is presented in Tirana with a comedy, which is being welcomed by the public of the capital. The National Theater writes that the wonderful audience attended the production of "AZ Çajupi". The play "I die laughing", a real success. "We thank the wonderful public who chose to be with us these nights, to follow the production of the theater" AZ Çajupi ", which came down on the stage of" ArTurbina "in the framework of inter-institutional cooperation with the National Theater", the theater writes. In Tirana, this comedy was shown to the public on 3, 4, 5, to continue on 6 and 7 November. The work of the author Paul Elliott, directed by Ilir Bokshi has brought together well-known actors of the Korça Theater, but also other young artists. The scenography of this project is by the well-known scenographer Beqo Nanaj. Director Ilir Bokshi has realized various successful projects in the Albanian scene with works such as "Lieutenant of Inishmor", "Glass Manager", "Twelfth Night", "King Oedipus", "Animal Farm", etc. Actress Luiza Xhuvani, one of the esteemed names of Albanian theater and cinema came for the first time in a collaboration with the theater of Korça. She plays one of the main roles in the comedy "I die laughing". Olta Daku, the wonderful comedian and not only, is also part of the comedy "I die laughing". Zamira Kita, one of the best comedy actresses plays the role of Leona, a very beautiful character. But there are also talented young theater actors Silvio Goskova and Paola Kodra. The comedy "I Die Laughing" was previously at the Othello Theater Festival in Northern Macedonia. After the "Skampa" theater in the city of Elbasan, the comedy "Vdis duke qeshur" comes to the public in Tirana.