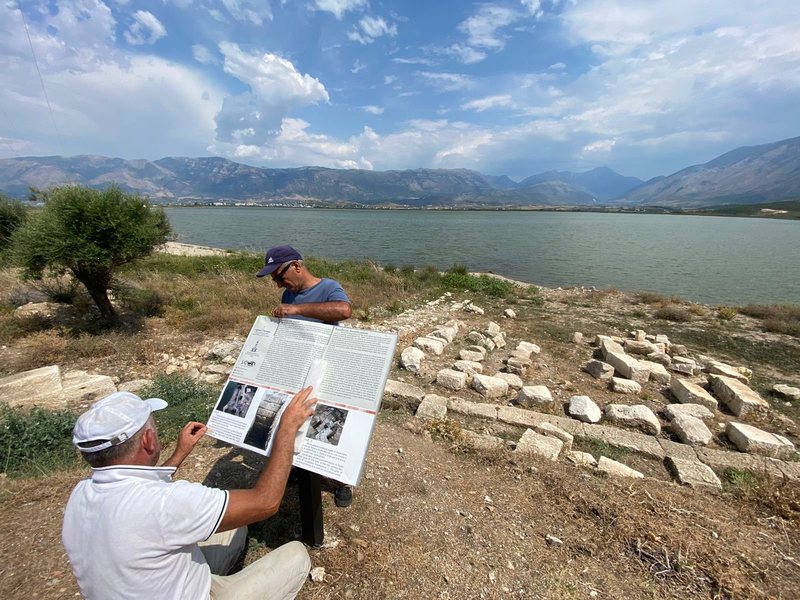 The monuments of the ancient city of Orik were enriched with some new explanatory tables. The tables contain new information and present new data. The Regional Directorate of Cultural Heritage - Vlorë announces the continuation of the joint work of the Albanian-Swiss scientific research project (Institute of Archeology of Tirana and University of Geneva), for the museumization of the archaeological park of Orik and the presentation of the monuments from the excavations many years of archaeological research, and since we are at the peak of the tourist season, the monuments of the ancient city of Orik were enriched with some explanatory boards. "The tables contain new information, little known to the public and the scientific community. They present new data on the ancient theatre, the medieval church, the southern and northern fortifications, as well as for medieval dwellings documented by archaeological excavations. The boards with the updated information improve the internal infrastructure of the archaeological park of Orik, which is one of the most visited archaeological sites, during the tourist season", says the Directorate of Cultural Heritage Vlora, which has also shared some images on the site according to archaeological data, the city of Orikut was founded around the 6th century BC, while in the historical sources it is mentioned since the 5th century BC by Herodotus and Hekateus of Miletus, as the port of Epirus. It is a city mentioned for its importance in the battles between Macedonia and Rome at the end of the 3rd century BC, as well as in the civil war between Caesar and Pompey in 48 BC. In ancient sources, Orik is mentioned for the last time in the 2nd century.