"Today 8 days", a comedy of misunderstandings and explanations on the stage of Metropol theater 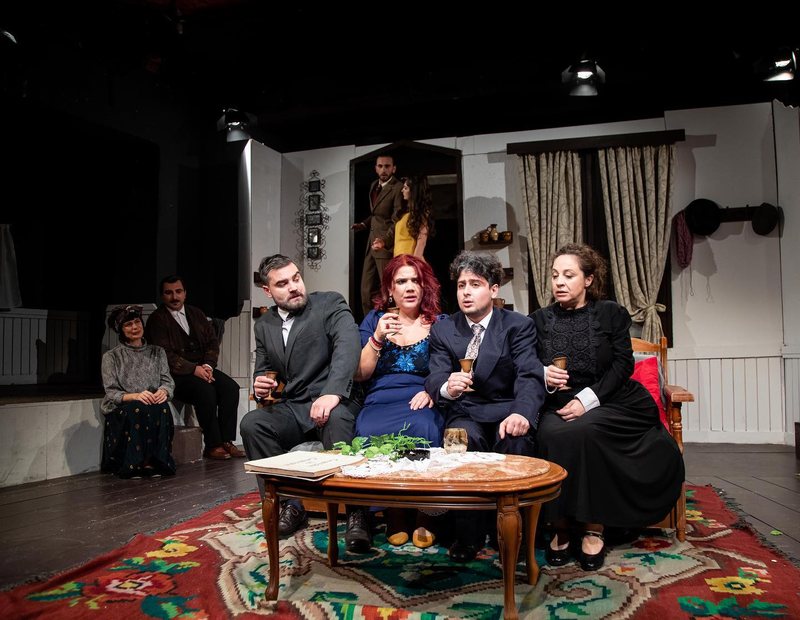 "Today 8 days" is a comedy of characters written by the playwright and Arbëresh poet of Croatia Josip Rela, directed by Elona Hyseni. At the Metropol Theater in Tirana, a show full of laughter came to the public, where the institution had previously announced that tickets for the weekend had been sold out. The comedy written in 1932 by the well-known Arbëresh author was performed at the Metropol Theater with performances by Alba Shtëmbari, Elona Hyseni, Ermir Hoxhaj, Ermir Jonka, Klea Konomi, Klodjana Keco, Margent Caushi and Xhino Musollari. "The time has come to make hearts laugh!" The theater used to express itself for this show, which was a greeting at the "Metrofest" festival. A boy and a girl in love are in the middle of a dilemma. Should their love for each other win, or matchmaking defined by their families? What if love and matchmaking had their eye on the same place? A comedy of misunderstandings and clarifications in Metropol, which received applause from the public. This theatrical production of the Metropol Theater has previously been awarded six prizes at theater festivals, such as "Best Performance", "Best Director" and "Best Non-Protagonist Actor". The theater festival "Metrofest 5" this year in its development focuses on Albanian drama, as a form of recognition and research. For the fifth year in a row, the Metropol Theater in Tirana organizes the festival dedicated to the Albanian work of the archive, a realization that belongs to the dramatic heritage, theater and education. So far in this festival several pieces have been shown to the public. In this edition of this year, a variety of texts have been selected to be staged,

"Today 8 days" a comedy of characters written by the Arbëresh author of Croatia Josip Rela, is a two-act part. The comedy, which returned to the theater for the public a few nights in November, was previously staged as part of the third edition of the "Metrofest 3" festival, which took place in Metropol. The festival focused on Albanian works that have been forgotten or have never been staged, the behavior in time and the form in which these works communicate today. The work "Today 8 days" a two-act part, the purpose of which is to highlight the arrogance, rudeness and immorality of the upper class. Josip V. Rela (1895-1966), a prominent writer and playwright from Zara in Croatia is known as the founder of Albanian drama in the former Yugoslavia and is very well known in Kosovo.