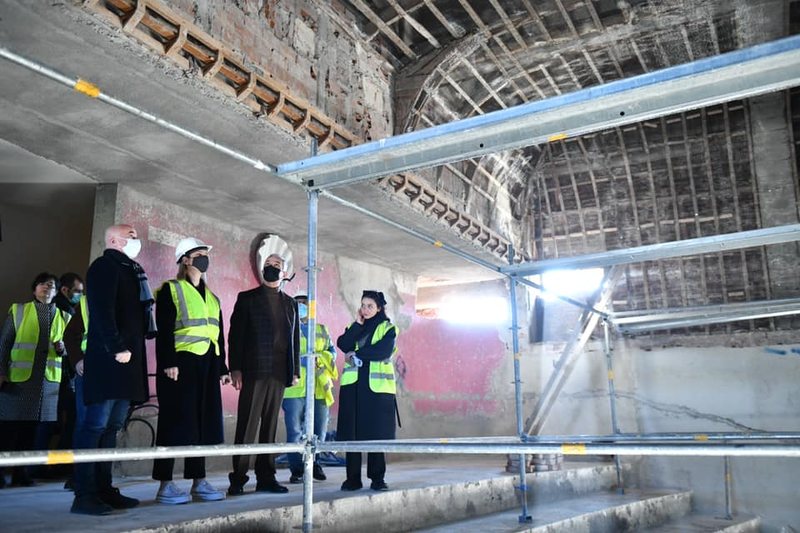 The Concert Hall of the University of the Arts has undergone a restoration process. The restoration works, planned to last 14 months, are expected to be completed by April 2022. Minister of Culture Elva Margariti says that work is being done with rapid steps. "When we set ourselves the goal of restoring the Concert Hall of the University of Arts, there were many skeptics, and few even believed that we would succeed. Thanks to a new spirit of cooperation with TAP - Albania, which joined our vision for the revitalization of this historic hall, this new cultural pole, we are working with rapid steps in strengthening the structure of the building, works in the mechanical and electrical system, as and its facade ", says Margariti in one of her status. According to the Minister of Culture, the concert hall will was built in 1942 and is considered a reference point for the Albanian architecture of the period of the middle of the 20th century. The website of the University of Arts states that taking into account the special status of the building, the renovation of the large hall requires special care and technical expertise.