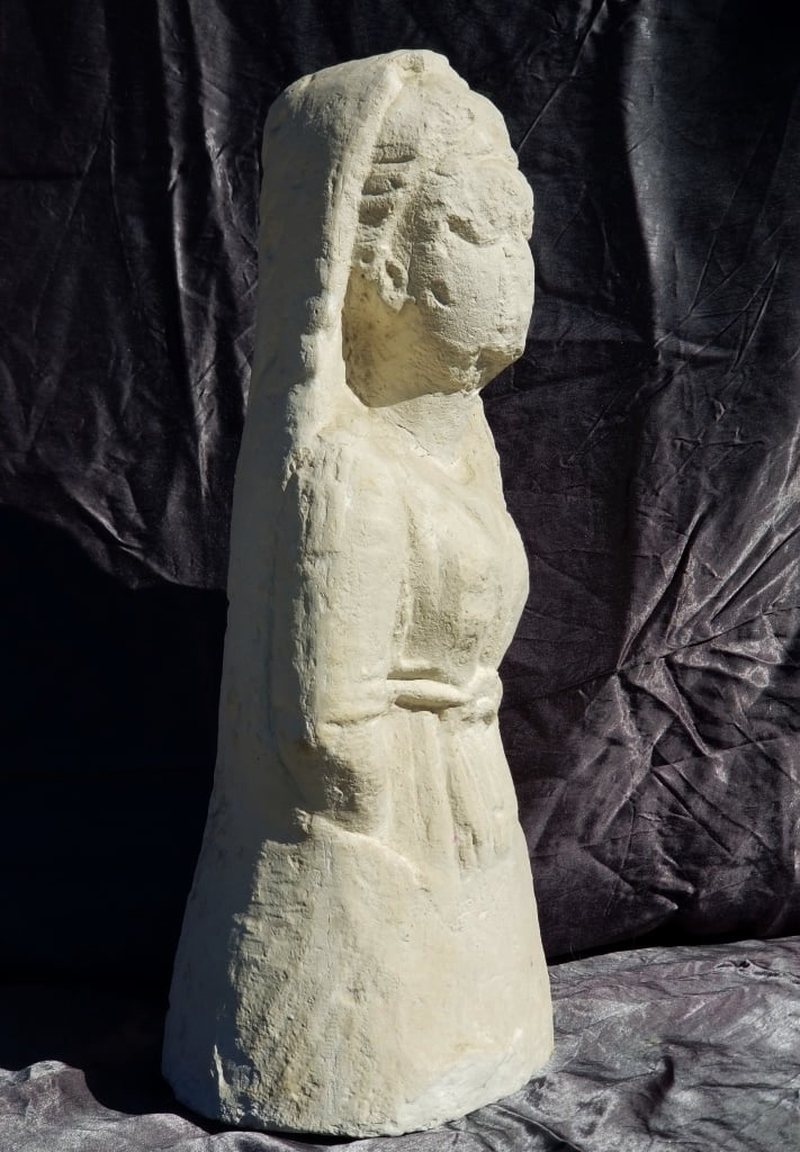 Another interesting object, where the master is inspired by the local environment and costumes is "The woman dressed in Illyrian costume" or "The woman from Dimali", whose original is in the National Historical Museum in Tirana. The National Center of Museums, Berat in a material that writes artifacts brought to light, says that this object belongs to the III and II century BC found in the city of Dimali, in the excavations made in 1963 led by archaeologist Burhan Dautaj. "In this bust, the elements and ethnographic details immediately stand out, probably dedicated to an Illyrian goddess according to archaeologist Burhan Dautaj", it is said by QKMB, who has also published photos of this object. The woman wore a line with short sleeves sewn with thick seam that is thought to be purl, with collar where at the front it is open in a triangular shape and fastened to the right shoulder with a pin (brochure). Above there is a garment that covers the chest, down to the waist. The tight belt creates visible sides. The third element is a thick cape, woolen material, thrown over the head and comes up to the back that resembles Labëria's laban. Professor Burhan Dautaj is known as the discoverer of the two cities of Southern Illyria, Dimali in the district of Berat and Olympes in Mavrovo of Vlora. He was a participant in dozens of other expeditions conducted in various archaeological sites in the country. Authentic archeological excavations that made possible the identification of the ancient cities of Dimali and Olympes, were carried out during the years 1960-1980 under the direction of him and his late wife, the scientist Alexandra Mano. They have diligently brought to light riches for the ancient and ancient history in the Albanian territory. Professor Dautaj's contribution in the field of archeology is invaluable. He until the end of his life did not stop working and directing young archaeologists to work on new discoveries.