Onufri Iconography Museum, Olen Cesari: One of the most important places 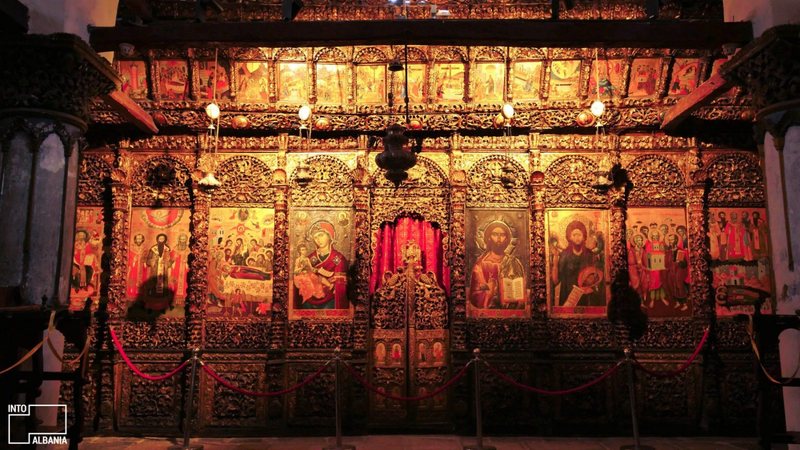 The Museum of Iconography "Onufri" has been organized in the church "Sleeping of St. Mary", in the castle, since February 27, 1986. The museum is named "Onufri", dedicated to the master of Albanian iconographic painting in the XVI century, and always evokes the curiosity of visitors. The cathedral according to the inscriptions it bears turns out to have been rebuilt in 1797 on the foundations of an older church of the Byzantine period. It represents one of the most typical post-Byzantine architectures in the city of Berat. The National Center of Museums Berat occasionally publishes materials from visitors who visit museums, but this time it was the famous violinist Olen Cesari. … It is the third time I come to the museum of iconography "Onufri" and I will come again because I am not satisfied. ... If you have the time, come to Berat, this is one of the important places that should not be lost for any reason… ”, are Cesar's words in the material, published by QKMB. The museum collection consists of 200 objects selected from the funds of churches and monasteries of the district of Berat. It consists mainly of icons and a set of liturgical objects. The works of this museum date from the oldest of the XIV century to the beginning of the XX century. The icons were made by icon painters such as: Onufri, Nikolla son of Onufri, Onufër Qiprioti, David Selenica, Kostandin Shpataraku, Adam Kristo and painters with the surname Çetiri (Gjergji, Joani, Nikolla, Naumi, Gjergji i riu and Ndini), as and by many other anonymous painters. Liturgical objects, on the other hand, mainly bear the signature of Albanian jewelers for centuries. The wood carvings of the cathedral were made by masters Stefan Barka from Misras of Opar and master Naum Ngjela from Lavdari of Opar at the beginning of the 19th century. The iconostasis of the cathedral "Sleeping of St. Mary" is dated 1807. It is considered one of the best works created by Albanian woodcarving masters.