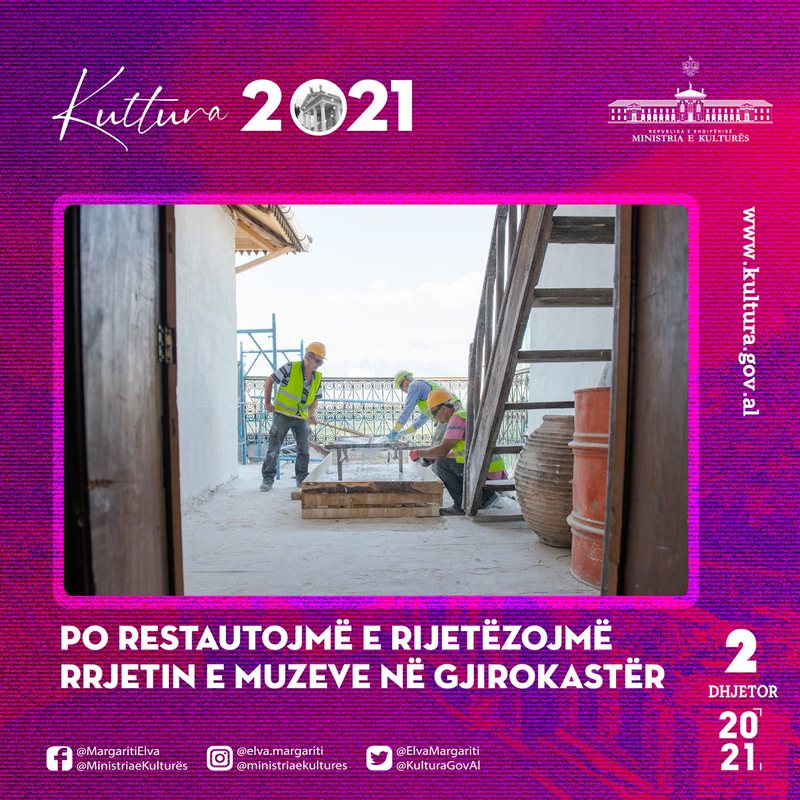 The network of museums in the city of Gjirokastra is among the most interesting, says the Minister of Culture Elva Margariti. According to Minister Margariti, these museums should be turned into institutions, to be passed on to future generations. "Museums are our memory, so we must keep them alive, turn them into institutions that tell all generations. The network of museums of Gjirokastra are among the most interesting that are being revived, speaking to the public in the language of the time ", said in a status of the Minister of Culture. The Weapons Museum in Gjirokastra is located inside the castle of Gjirokastra, which together with the Ethnographic Museum or "Kadare House" are important centers for the promotion and development of tourism. Gjirokastra Ethnographic Museum is located in Palorto neighborhood, which is the most well-maintained in the historic city and exactly where the birthplace of Enver Hoxha, the communist dictator of Albania from 1944 to 1985, was located. The museum building was erected in 1966 after the original house was destroyed by fire. It was rebuilt as a traditional model of Gjirokastra houses with many traditional classical cultural components, which were copied from various houses in the city. From 1966 to 1991 the building served as the Antifascist Museum. In 1991, the exhibits of the then ethnographic museum were brought here. The building has 4 floors. The Weapons Museum is located inside the Gjirokastra castle. It contains materials that represent the development of weapons in Albania, from ancient times to the present day. Large number of weapons and military equipment from the First and Second World War, have interest mainly in specialists. There are also characteristic weapons of the late Ottoman period. Also on display are a contingent of weapons from the period of Skanderbeg - our National Hero.