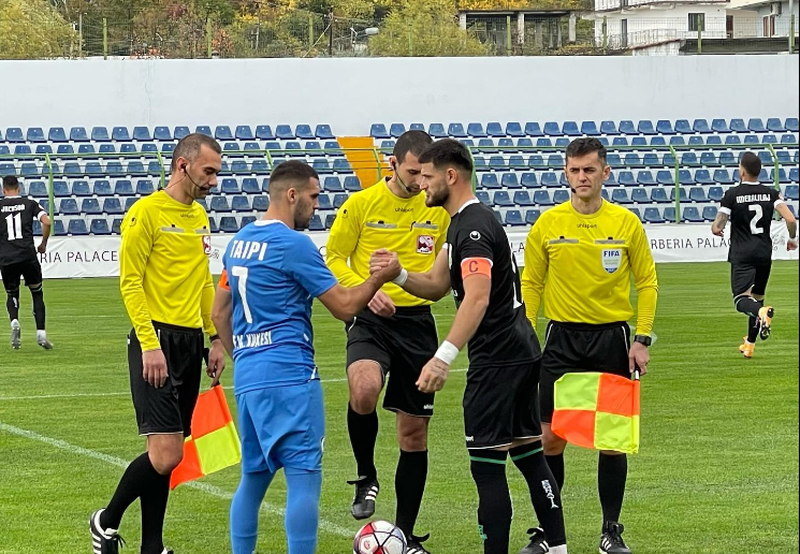 The 10th week of the Superior Category closed yesterday with the last two meetings, where the clear and deserved victory of Kukës 2-0 against Egnatia and the approach of the Northeasterners with the leader, held by the team of Tirana, stood out, so only one point away from white and blue (21-20). On the other hand, Dinamo beat Kastriot minimally 1-0 and got three valuable points in the seasonal journey. Thus, Kukes proved to be unrestrained, now threatening Tirana in the lead. As against the white and blues a week ago, this time too the Northeasterners managed to score two goals and their authors were again Milunovic and Basa. Coach Longo entrusted the same formation that activated against Tirana a week ago and after a goalless first half, Kukes managed to score twice in the second 45 minutes and get three points. On the other hand,

Dinamo does not shine, but gets three valuable points for the ranking

Dinamo's goal was enough for Agim Ibraimi to break Kastriot 1-0 in "Elbasan Arena" and to return after three weeks to victory. The challenge played in the rain of Elbasan was very strong and fought, but with few cases in the first half. Demiri risked at the end of the first faction, while Bakaj restrained Greece in the next action. The second 45 minutes were even more beautiful. Agim Ibraimi scored the advantage goal in the 66th minute, thanks to a perfect execution from the penalty spot. Feast for the captain, who takes off his shirt and is punished with a yellow card. Mihana, Chinedu and Skuka "flirted" with the second goal, while in the last minutes Kastrioti was stopped by one of the super Edvan Bakaj. The "Guardian" of Dinamo is going through a second youth. At first he hosted Prodan's fantastic shot with tips, while in addition he realized two other very beautiful receptions. Maliqi left the locals with one player less in the last minute. Kridens Meta awarded the penalty to Kastriot, but changed the decision after seeing the images in VAR. In the end 1-0 for Dinamo, which thanks to the magic of the captain and the goalkeeper. Dinamo is ranked after the tenth week in fifth place with 13 points, as much as the champions of Teuta, while the Krutan team remains last with only 5 points.

Dinamo coach, Bledi Shkëmbi, noted the performance of Dinamo goalkeeper Edvan Bakaj, admitting that he saved the team 2-3 times. But Rock did not hide his joy for the three points in this showdown. "It was a minimal victory, but we really needed these three points. we did a bad first part, while in the second we started well and managed to score ,. We could have scored the second goal, but then we suffered a lot and in 2-3 moments the goalkeeper saved us. However in these moments we needed points and it already matters that we got them. When a player is in shape, there is no difficulty for the coach. In football, from the first minute play the players who do better and if Bakaj continues in this way, he will definitely be the starter. We must say openly that these weeks he has given us a lot of security and even saved us ",