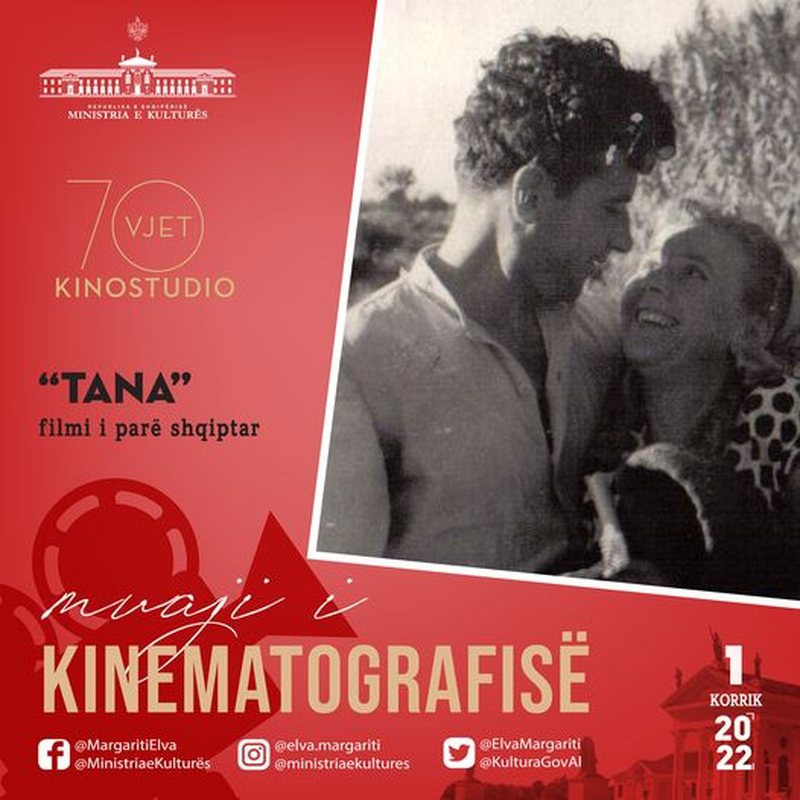 The month of July is dedicated to Albanian cinematography. The Minister of Culture Elva Margariti shared the image of the Albanian film "Tana", in this month of cinematography. "We dedicate this month to Albanian cinematography, on the occasion of the 70th anniversary of the former Kinostudio! I wish you a good day with the image of the first feature film, "Tana", says the Minister of Culture Elva Margariti, in one of her statuses. "Tana" (1958), is known as the first Albanian feature film, which was produced by Albania Film (then "New Albania" Kinostudio). The premiere was given on August 17, 1958. Directed by Kristaq Dhamo, screenplay by Kristaq Dhamo, Fatmir Gjata and Nasho Jorgaqi. Music in the film by Cesk Zadeja. The subject of the film is a theme from the social life of the village. The events take place in the 50s. At the center of the film is Tana, a smart and forward-thinking girl. She falls in love with Stefan, who lives in a poor mountain village. Tana is confronted with her grandfather's old mentality as well as Lefter's jealousy. It's a love game to progress. This is where the first kiss in Albanian films took place. The actors in the film are: Tinka Kurti, Naim Frashëri, Pjetër Gjoka, Kadri Roshi, Andon Pano, Thimi Filipi, Marie Logoreci, Ilia Shyti, Violeta Manushi, Nikola Panajoti, Melpomeni Çobani, Mihal Stefa, Lazër Filipi, Vani Trako, Pandi Raidhi, Lazër Vlashi, Vangjel Grabocka, Esma Agolli, Dhimitër Trajçe. This film made in 1958, whose music was composed by ?esk Zadeja, remains one of the films that has left a big mark in the history of Albanian cinematography. "New Albania" cinema was founded on July 10, 1952. Her first production is the Albanian-Russian co-production of the well-known film "Skënderbeu". This is the first "colossal" production produced by this cinematographic studio at that time.