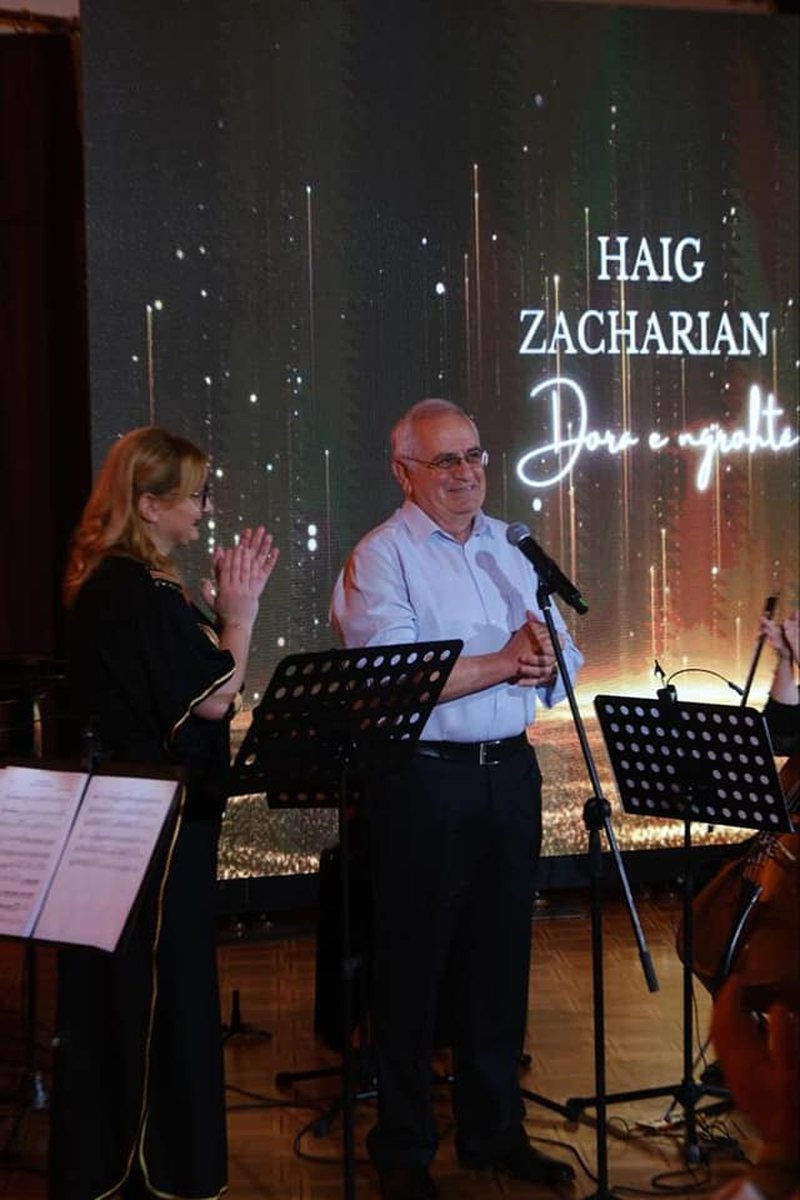 The "Warm Hand" concert was dedicated to the famous composer Haig Zacharian. Lecturers and students of the University of Arts came together in the evening with the music of the film written by Zacharian, which took place in the hall of the Academy of Sciences. The concert took place on the occasion of the birthday of composer Haig Zacharian and brought to the audience the most beautiful soundtracks of his films and vocal romances. The concert in honor of his 70th birthday took place with the participation of artists Ardita Bufaj piano, Ulpiana Aliaj soprano, Armando Likaj baritone, Dorina Laro cello, Orjeta Nishani flute, Fatos Bardulla violin and Xhovana Marku oboe. Educators Holta Sina Kilica, Klodian Qafoku and Endri Sina were also the organizers of the concert. Composer Haig Zacharian greeted the audience saying among other things that maybe we should give and receive more kindness to hope for better days. Haig Zacharian was born in Durrës on May 8, 1952 to a family of Armenian origin. He began teaching piano and music theory at the elementary school in his hometown. From 1969-73 he studied at the Higher Institute of Arts in Tirana (today the University of Arts) in the composition class with prof. Tonin Harapi. Haig Zacharian has created numerous works in different genres of music (his work has been played in all important events of Albanian musical life and abroad: Kosovo, Macedonia, Switzerland, Italy, Austria, Spain). He has also composed children's songs, choral, film music and arranged many pieces of classical and romantic music for various ensembles. His music style is distinctive, with subtle colors and a sense of direct communication. He has been awarded numerous prizes for his creativity and musical activities. After the 1990s, his creativity in addition to films is mainly in the genres of chamber music, where there are clear tendencies of use and experimentation in contemporary techniques of musical creativity.