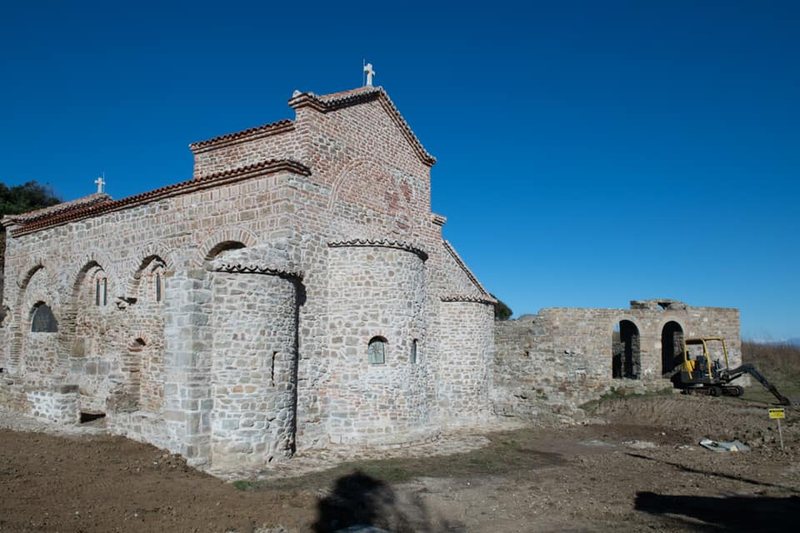 The church of St. Ndout on Cape Rodon has undergone a restoration process. The cultural monument is included in the "EU4Culture" program supported by the EU. The Minister of Culture Elva Margariti closely inspected the works in this church and says that it is one of the monuments of architectural beauty. "We closely inspected the works in the Church of St. Ndout in Cape Rodoni, one of the monuments with history and architectural beauty, but also the surrounding landscape. Following the 2019 earthquake damage, this facility was included in the "EU4Culture" program, supported by the European Union and implemented by UNOPS. "Consolidation and restoration works have been completed, to continue with the murals and very soon it will welcome the community of believers and tourists who admire the beauty of this building", Minister Margariti expressed in her status on Thursday. The Minister says that she hopes to receive the believers at the end of this month. "Restoration work is nearing completion, with the hope that at the end of this month it will again welcome believers and visitors," she said. The Church of St. Ndout is one of the most heard churches in the medieval period. This is also due to the constructions made by Skanderbeg in the Cape area in the 15th century. The Byzantine technique of clausonage was used for the construction of this church, as well as many analogies with the Byzantine churches, which testifies to the continuation of the Byzantine tradition. Elements of Romanesque and Gothic architecture are also distinguished in the construction plan. Among the fragments preserved from the mural, in the lower central part of the eastern apse appears a double-headed eagle while to the right, a young horseman without a beard and two birds. Due to its values ??the Church of St. Ndout is one of the points to be visited by local and foreign tourists.