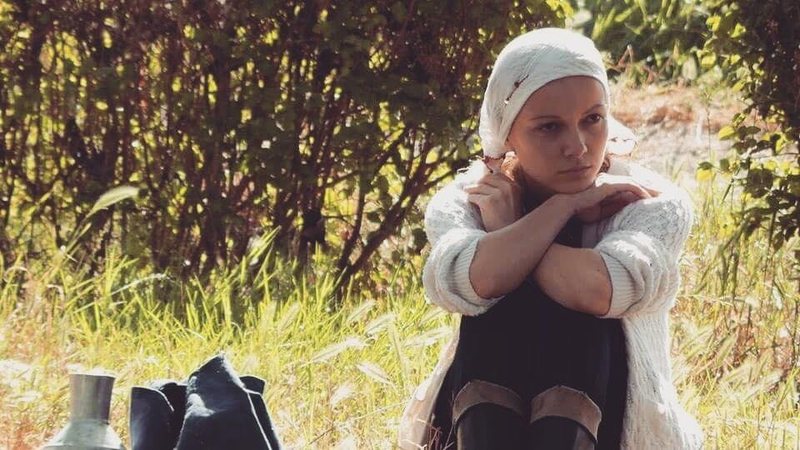 The life of three generations of an Albanian family during the communist regime is destroyed when a family friend, recently repatriated from America, is arrested for espionage. Written and directed by Kast Hasa in the film "Internment" is Albania during the communist rule. The film takes place in the '80s and these days the public finds itself in the cinemas of Tirana. Moza is a real character of that time. A victim of that difficult time. Character in the film, played by actress Ioana Sinani. A role, which, as the director himself shows, he entrusted to him from the first meeting. Actress Ioana Sinani shows that she feels really lucky that director Kast Hasa entrusted her with the role of Moza. "The cooperation started from an announcement that came to me that a feature film would be made. Like all actors I submitted my CV and after a few days I was confirmed that I had to do casting for this role. "This character is a real story told generation after generation as a victim of that time", the actress says. Graduated in directing-theater at the Academy of Arts, Ioana Sinani this time is part of the film "Internment". On the cinema screen comes a character who as he expresses himself during the filming understood a lot about that difficult time. "Moza is a victim of that difficult and tragic time, I would say. Exiled, she lives in that village with everyone else. The operator uses it physically and morally. Sells the soul and not only. Moza has no feeling is cold suffered. He surrenders because he needs to, but he will not. During the filming of the film I realized how difficult that time was even though I heard from my parents, but I had never imagined myself in that position. "Even though I read a lot, I had to live it, to believe it", the actress says.

The film was financially supported by the National Center of Cinematography and was shot in Divjaka, Lushnja and Ferras. For the actress Ioana Sinani, who graduated in directing-theater at the Academy of Arts, but also specializes in Film & TV studies in Athens where she currently lives working with the film "Internment" was a beautiful experience. "A few weeks in Divjaka with the actors and my friends because the Academy of Arts is very small was a very nice experience. "Moza was a character that I understood and fell in love with immediately", she says. The film takes place in the 80s, but actress Ioana Sinani says that generations who did not live at that time should feel lucky. She says they are free to live. "Who lived that time, our parents or even before will find themselves, will go back in years maybe. "Those who have not lived as I am and my generation will feel lucky, because we are free to love, to fall in love and to live", says the actress Sinani. In the roles of "Internment" we mention actors such as Klodian Hoxha, Krist Baçi, Enxhi Cuku, Kristaq Pilo, Anila Muçaj, Jorida Meta, Gramoz Gashi or Arjeton Osmani. In the film resembling the 1980s, the Kulla family struggles to survive while being exiled by the communist regime. For (Arthur) the son of the family, the situation becomes more difficult, as his new residence is near the house of his girlfriend (Frida), who is forced to get engaged to the operative. The family continues to live the suffering of persecution while, as it is later revealed, the newly repatriated (Nik Nuri) in an attempt to help the family, complicates the situation further. A CineKast production,