Elton Deda artistic director at the ART Song Festival, 60th edition with 20 songs in the competition 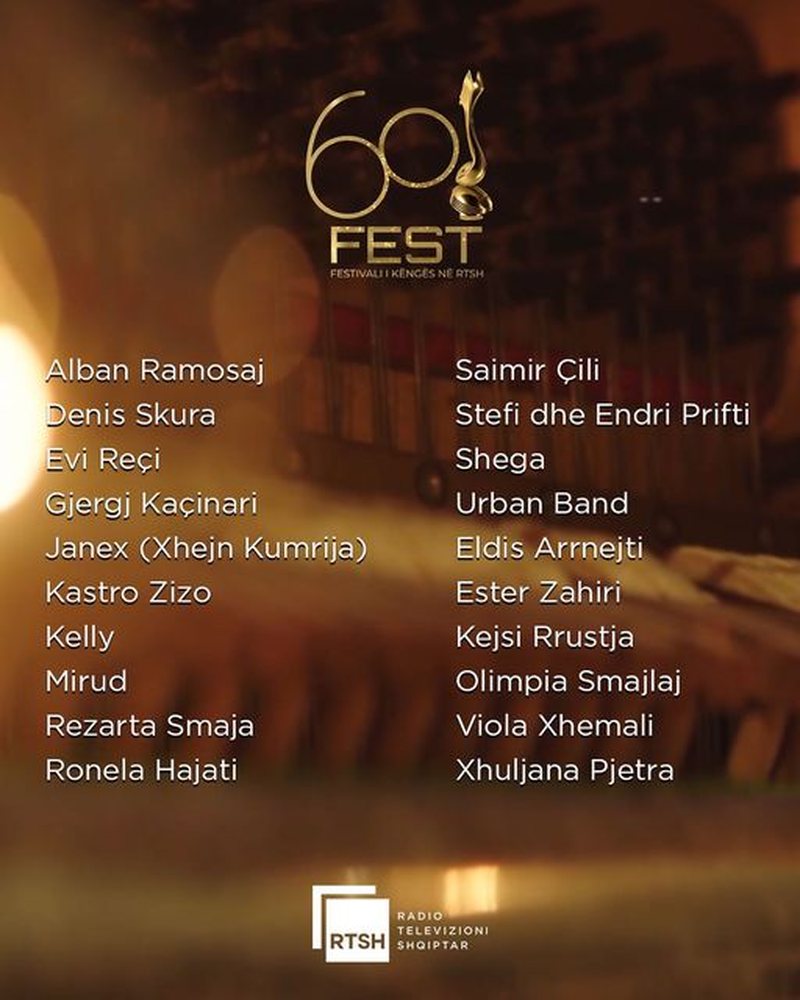 The Song Festival on the Albanian Radio Television this year is in its 60th edition. The festival will take place on December 27, 28 and 29. Well-known singer-songwriter Elton Deda will be the artistic leader, which he has made known through a status on social networks. The RTSH website states that the 60th edition of the Song Festival has officially started its work, with the completion of the selection of 20 participating songs, including the youth category. The songs that have arrived at the festival office are listed before the commission with ordinal numbers, without any additional information about their authors or performers, and are rated "passing" and "not passing". From the result of the members of the song selection commission, composed of Ardit Gjebrea, Elton Deda, Marjan Deda, Klodian Qafoku, Zefina Hasani, Arta Marku, Redi Treni in the 60th festival, will compete among themselves the songs performed by Alban Ramosaj, Denis Skura, Evi Reçi, Gjergj Kaçinari, Janex (Xhejn Kumrija), Castro Zizo, Kelly, Mirud, Rezarta Smaja, Ronela Hajati, Saimir Çili, Stefi and Endri Prifti, Shega, Urban Band, Eldis Arrnejti, Ester Zahiri, Casey Rrustja, Olimpia Smajlaj, Viola Xhemali and Xhuljana Pjetra. In one of his status, the singer-songwriter Elton Deda, who this year announced that he will be an artistic leader, writes that they will build a beautiful thing. "The task of the artistic director of the ART Festival is a task. Pleasure is completely different. The 60th anniversary where my father has shed blood for every grade, is an obligation to do something to honor his name and the name of RTSH! To honor the biggest asset that RTSH has, it is called the Symphony Orchestra! With a fantastic band, avash avas we will build a beautiful thing, a thing that is far from political screams, a thing that is simply art for art's sake! Coming soon! Fest 60 RTSH! ”, He says. A year ago, in the 59th edition, the winner was the song "Karma" sung by Angela Peristeri, who also represented Albania in "Eurovision 2021".