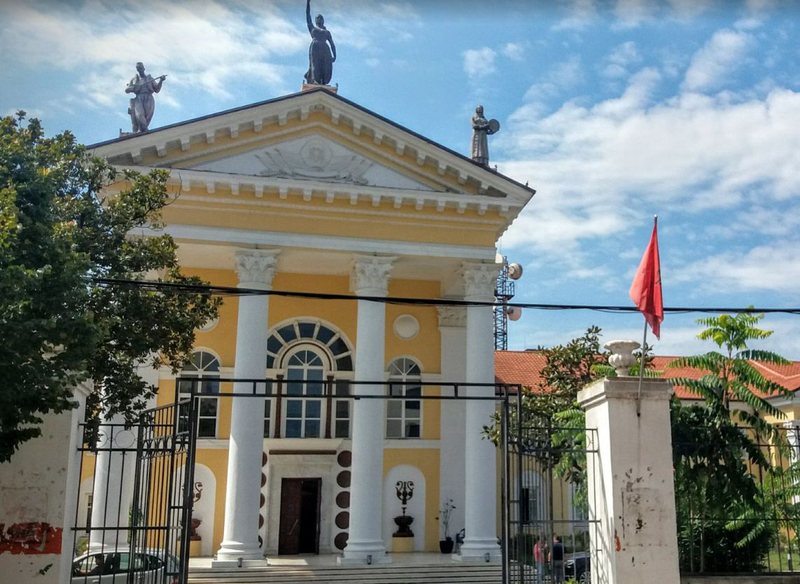 The Ministry of Culture urgently makes the new law on art and culture. This is what Reshat Ibrahimi, president of the Independent Union of Artists of Albania, says, saying that the current law has brought institutional stalemate. The reaction of the head of SPASH comes at a time when we have headliners, who continue to be in charge of art institutions and why their mandate has ended, as in the National Theater of Opera, Ballet and Folk Ensemble, the National Historical Museum, was recently the director of the National Gallery of Arts Erzen Shkololli who stated that he was leaving the institution after his term had ended. Even on the website of the Ministry of Culture there is still no announcement for competition in institutions, while artists and union leaders say that competitions should be open. The head of SPASH, Reshat Ibrahimi, says that in the face of this, it is urgent to make a new law. "With this situation, it is very urgent that the Ministry of Culture urgently makes the law on art and culture to regulate and these appointments of officials, who meet the deadline and according to the current law must be replaced or renewed by going to auditions to meet the relevant criteria and rights to become a director. "As far as I know, some directors have met the deadline and continue to be held and to be heads in the institutions of art and culture, when the ministry should have acted", says Ibrahimi in his reaction. According to him, the 2010 law does not fit the situation today. "The current law has brought institutional stalemate. This law does not suit situations, where art and culture are passing ", says Ibrahimi. In his reaction, the head of SPASH, Reshat Ibrahimi, goes on to say that their opinion is that the head of the institutions of art and culture should be chosen by the artistic community. "Politics should not interfere, but artists should choose the director of institutions," he says.

Law on Art and Institutions

Art institutions in the country operate under law no. 10 352, dated 18.11.2010 on art and culture. According to the current law, article 5 point 3 on the central public institutions of art and culture, subject of this law, include: a) National Theater; b) National Theater of Opera, Ballet and Folk Ensemble; c) National Cultural Center for Children and Puppet Theater; ç) National Center of Art and Culture; d) National Gallery of Arts; dh) National Circus; e) National Experimental Theater. Article 9 in point 1 states that: "The head of the central public institution of art and culture has a 4-year mandate". Exercises the following competencies: a) is the legal representative of the institution in relations with third parties; b) directs the administrative and organizational activity of the institution and follows the implementation of the decisions of the artistic board; c) administers the financial resources of the institution; ç) selects and appoints the staff; d) performs all other duties assigned by this law and the statute. While in point 3 it is stated that the appointment of the head of the central public institution is done by decision of the Council of Ministers after the competition procedures developed by the minister responsible for art and culture.