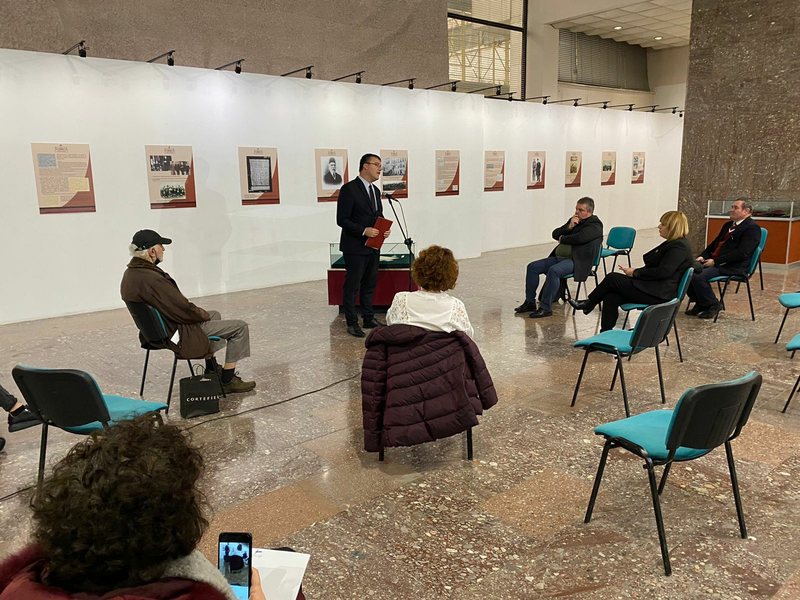 In the framework of "Flag November", a round table "Towards Independence" was organized by the National Historical Museum in cooperation with the National Center for Books and Reading. Specialists in the field from the Institute of History at the Academy of Albanological Studies were invited to the conference. Dr. Dorian Koçi, director of the National Historical Museum, referred to the topic: "Narration of historical periods of Ismail Qemali through his objects in the National Historical Museum". independence of Albania. ”The pen was used by the delegates in the Assembly of Vlora on November 28, 1912, to sign the act of the Declaration of Independence of Albania. A small textile flag used by Ismail Qemali is also exhibited in the pavilion of the National Renaissance. Some busts made by students of the Academy of Arts in January 2008 and the cabinet of the Government of Vlora, which was approved on December 4, 1912 ", said dr. Koçi. The Director of the Book and Reading Center, Alda Bardhyli, welcomed the event, emphasizing the importance of these activities on raising awareness of the importance of history, national consciousness, national identity and independence. The National Center for Books and Reading, stressed Bardhyl, has signed an agreement that focuses not only on these issues and national figures, but also any issue related to the history of Albania. Prof. Ass. Dr. Ledia Dushku from the Institute of History at the Academy of Albanological Studies delivered the speech: "Towards autonomy: The National Assembly of Vlora and its decisions". Frederik Stamati in his thesis spoke "On the flags of the National Museum". Among the objects of historical value are the flags, he stressed. Dr. Ermir Nika, lecturer at the European University of Tirana, delivered the paper "Andon Zako Çajupi's Republican Concepts".