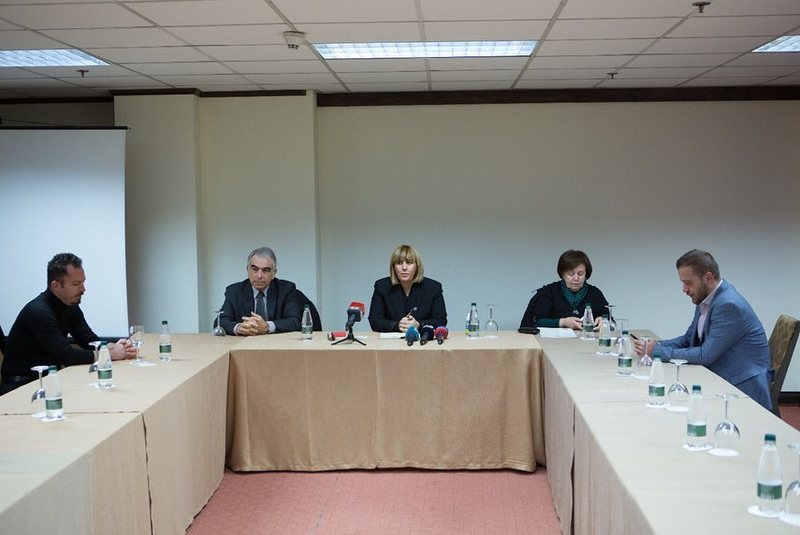 History must be told, but its rewriting has taken on a negative connotation, historians said at the roundtable discussion "Demystifying history and the future" organized by the National Center for Books and Reading. Historians Pëllumb Xhufi, Nevila Nika, Artan P. Hoxha, Ardit Bido and Dorian Koçi participated in this discussion, which was also attended by the director of NLC Alda Bardhyli, who brought their approach to a natural process in the history of nations in the report. with history review. Historian Nevila Nika, among others, said that the demystification of history has begun. "We have tried all historians, those who have taken the trouble to tell our truths. History is something to be told. There is still a lot to do in this direction, both for events and for figures of our history ", said Nika during this meeting. In her speech, historian Nevila Nika went on to say that a historian should be constantly close to the archives. "Near those sources where you can get everything to write. "Until '90 it was limited, after '90 it is no more", she said. Present at this meeting, Nevila Nika further brought to attention some historical figures. "Ismail Qemali has been pale in history until before '92. "The same for Hasan Prishtina", she said. For the historian Nevila Niika, history has its own developments. "It is enriched in the documentation", continued Nika. Present at this meeting, Ardit Bido, director of the General Directorate of Archives, said, among other things, that the rewriting of history has taken on a negative connotation. "The rewriting of history is considered as if all the current theses will be thrown away and everything will be changed. But this is merely a general work of the historian. "The rewriting has taken on a negative connotation in the public discussion," he said. "Demystification of history and the future" was the roundtable discussion that the National Book and Reading Center organized accompanied by activities for the 109th anniversary of Albania's Independence.