The ballet "Humus" premiered at TKOB, an appeal for the protection of land and nature 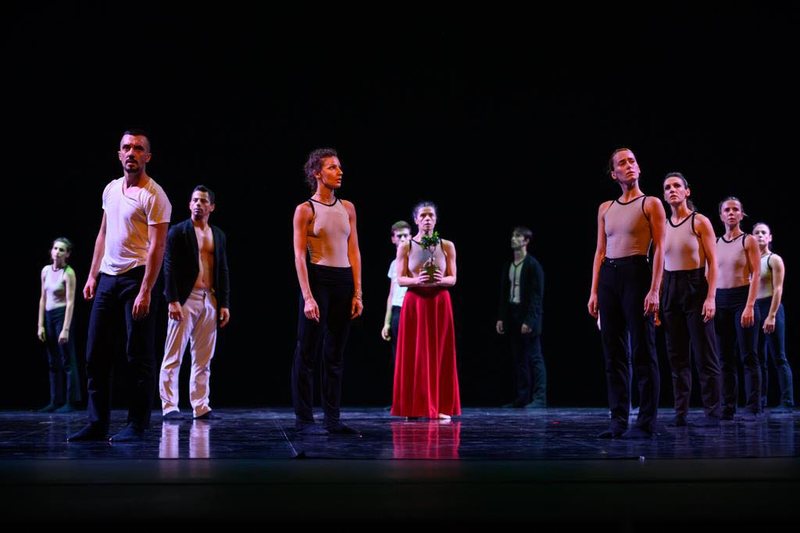 The ballet "Humus" marks its premiere on Friday at the National Theater of Opera and Ballet. The piece choreographed by Julind Dervishi comes on stage on November 5 and 6, within the project "Artists of the Future". Under the current of greed and ignorance, instead of keeping nature alive, we slowly brought destruction. In fact, the purpose of humanity should be its "food" to make it fruitful. This message will be conveyed by the choreographer Julind Dervishi through choreographic creativity, in a work where the dancers of the ballet troupe prove it through body movements. The play was presented on Tuesday by director Zana Çela, choreographer Julind Dervishi and other artists. There are a number of dimensions that are addressed in this show, where not only is there space for fun but above all we will be aware to look to the future, and to contribute healthily in favor of nature. At the conference on Tuesday, director Zana Çela said that the premiere is one of the best examples of promoting young creators. "Humus" is the title of the premiere performance of the ballet troupe choreographed by Julind Dervishi. "Humus" is an appeal for the protection of the earth, nature. "It is a contemporary creation, in which Julind Dervishi has involved the whole ballet troupe", she said. The General Director of TKOBAP, Mrs. Zana Çela presented two important events. Publication of the catalog "Theater of the future", in the framework of the 65th anniversary of the creation of TKOBAP, which shows in images all the activity of our theater during the years 2016-2020, a period in which it was aimed as never before, the approach of opera with the general public, not only through performances in the capital, but also openair tours and shows. In her speech, Çela emphasized that in this catalog, a special place has the performances where young artists have debuted, who have been numerous in number, such as singers, ballerinas, instrumentalists, but also creators, directors and scenographers, lighting talents. , etc.

Choreographer Julind Dervishi said that as a contemporary piece there is no pre-determined history, but he adds in his reaction that he would like the public to create their own personal images, watching ballet. "I would like to sensitize our public and loving nature for its good I decided to create a part for people, for the love we should dedicate to this world, because only this land we have," he says. It is important for the choreographer that the artistic activity is already continuing regularly in TKOB after the previous closure by the pandemic. "An artist should not slow down. Opening at this time with a new theater inspires you to do better and more beautiful things ", says choreographer Julind Dervishi. There are 23 ballerinas on the show, including choreographer Julind Dervishi. The choreography shows that there are 24 different characters. A ballet maker and a good job need a team. In this team are also Alisa Gjoni, Rovena Shqevi who have worked with the dancers, together with the wife of the choreographer Livia Lara, choreographing his ideas.