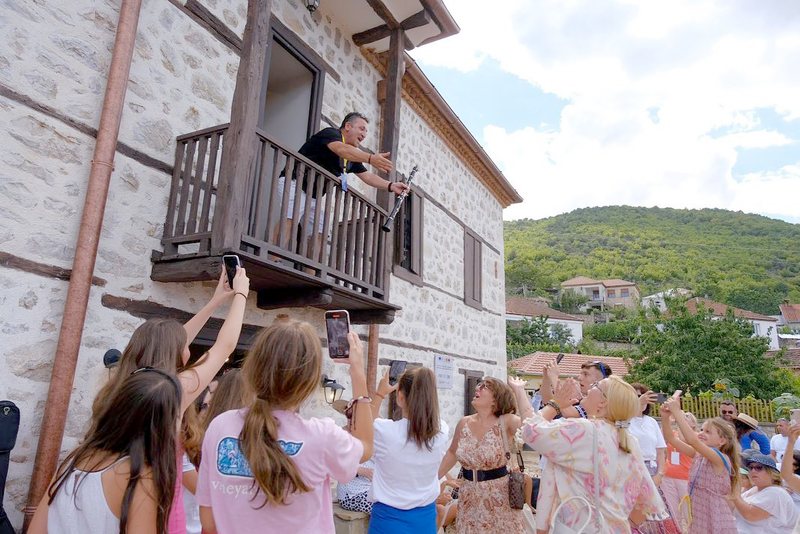 "MIK Festival" held its fifth edition this year. Organized by the well-known soprano Inva Mula, the festival in its fifth edition took place on July 29, 30 and 31. The concerts with the artists at the festival were in several locations, such as Prespa, in the theater of Korça, etc. These days, the Minister of Culture Elva Margariti says that the closing of the festival at the museum house of Sterio Spasses was also aimed at promoting this area. "MIK Festival" managed to combine the chosen music, nature and heritage this year. With their performance, harpist Katerina Kitsou and cellist Juliana Laska added magic to the Church of Saint Mary in Maligrad (14th century), overlooking Lake Prespa. The closing, in the newest museum of the area, in the house-museum of Sterio Spasses, with the aim of promoting the area of ??Gollomboç. This festival organized by the world-famous soprano Inva Mula has become a tradition, bringing together music, art, natural and cultural heritage", said the Minister of Culture on Facebook about the festival, while also sharing some images with the artists. The soprano Emilie Rose Bry, the singers Ledina Çelo and Elina Duni, the pianist Eklant Hasa and Gent Rushi in the harmonica and other well-known artists were also part of the "MIK" festival in this fifth edition, but there was also ballet, where "Dancing under star" was entrusted to Ilir Shaqiri. The "MIK" festival years ago was born as an idea encouraged by Inva Mula with her friends in Korça, inspired by the charm and history of the city, with the aim of including it in the map of cultural events destinations in the region. The concept of the festival is to combine different forms of art expression and place them in function of space and time. Earlier, the organizers in other editions have stated that Korça is a city that has the artistic dimension, audience, architecture and history to bear the weight of such an ambitious festival.