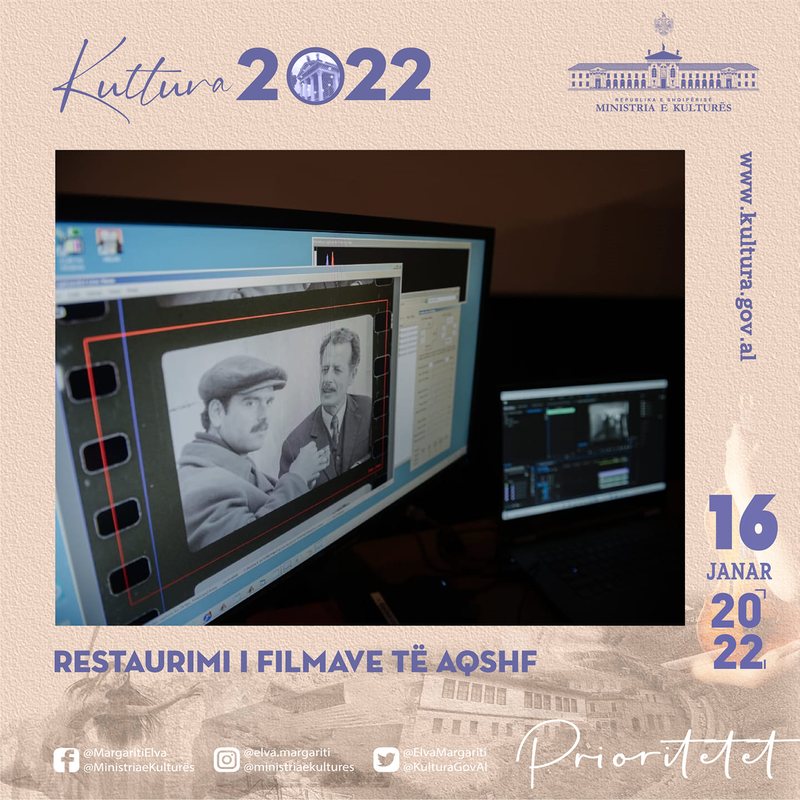 The films in the Central State Film Archive are part of our heritage. The work for the restoration of the films that are in the CSFA is being done through donors. This is what the Minister of Culture Elva Margariti says, while appreciating this film heritage. "Thanks to our donors and collaborators, we are working to restore the films of the Central State Film Archive, as part of our cultural heritage," the minister said in a Facebook post. The process of restoration of old Albanian films started a few years ago where some of the best Albanian productions were realized, such as "Fairy Tale from the Past", "Second November", "Skanderbeg", "Tana", "Mimoza Llastica", "Death of the horse", "Years of waiting", etc. In 1947 - 1996 the archive functioned as one of the branches of Kinostudio "Shqipëria e re". In 1989, the new construction of the new archive building begins, which was completed in the late 1990s, when the transfer of funds began. On April 1, 1997 AQSHF breaks away from "Alba Film", former Kinostudio "Shqipëria e re", and enters the ranks of other cultural institutions with the responsibility that in addition to books, paintings, music and folklore, Albanian society to preserve and protect works of the seventh art. In 2003, the digitization of the film fund begins according to a project with the "Luce" institute. The collection of AQSHF was created mainly from the legal deposit fund of Albanian production started from 1947, which was mainly the production of a single state center, Kinostudios "Shqipëria e re", whose activity begins in 1952 and ends in 1992. In addition to the collection in the film,