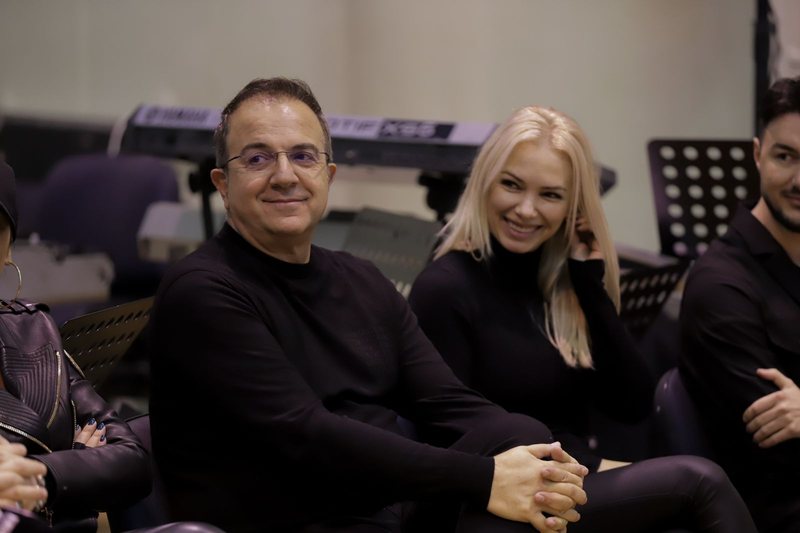 The 60th edition of the Song Festival on the Albanian Radio and Television has started working for days to bring to the public the important celebration of Albanian music, on the evenings of December 27, 28 and 29, live from the Palace of Congresses.

The director of the Festival, Martin Leka, has trusted the concept of the director Redi Treni, scenography by Albi Çifligu, with a screenplay by journalists Zefina Hasani and Kozeta Kurti, moderated by Xhemi Shehu and Jonida Maliqi, Isli Islami and Kelvi Kadilli, with the artistic direction of Elton Dedës.

The 60th edition of the Song Festival, reserves the special participation of the singer-songwriter, TV director and producer Ardit Gjebrea, in a special role on the history of the Festival and some of his most famous names.

Music, which is the main theme of every year at the Festival, will continue to remain so, not only in support of competing songs, but also special artistic numbers, to bring an entirely Albanian festival, but with a European and contemporary approach to treatment .

During the press conference, the staff of the Festival spoke about the concept of this edition, divided into three nights, which will unite the history, the present and what is expected to happen to Albanian music in the future, access to the European song market.

Festival nights will be followed by the public, in limited numbers, respecting the vaccination certificate and the tampon with a negative result.