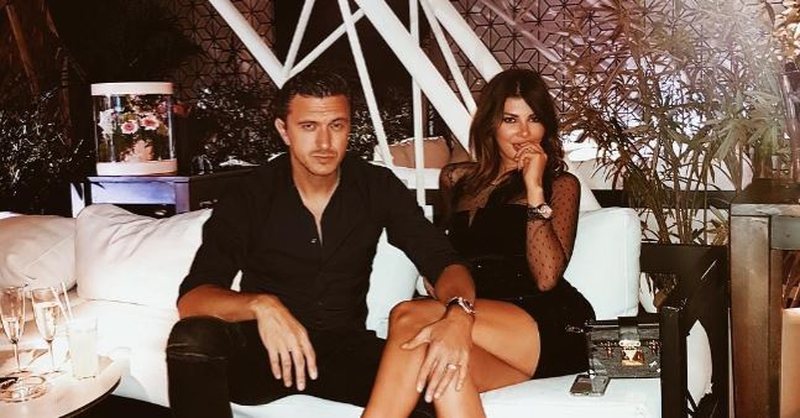 Dragos Savulescu, the husband of the Albanian model, Angela Martini, was arrested in August, after a long time on the run, in Mykonos. He was released just one day after his arrest after it was verified that his case had been closed in Italy, despite any allegations by Romanian authorities.

However, problems with justice have "followed" him for years. From the start to the arrest during the summer, Angela Martini has told everything for "Who" Magazine, in an exclusive interview.

But why was her husband Dragos Savulescu arrested? Angela Martini has shown that this story started very early, about two decades ago, and since then people talk about her husband as a person who is living on stolen money.

"We are talking about a story that happened 19 years ago, in 2002, when he was 28 years old. My husband and I were involved in this issue with 36 others, along with the mayor, who was very important and the state loved him, so the event turned into politics. It was all about a large piece of land that communism stole from a family and my husband along with some others asked for the land but never got it. He just wanted to get it, privatize it, but never did it . So they all went to prison; notaries, municipal employees, lawyers, everyone. ”

Asked about the dizzying figure, mentioned everywhere in the media, Angela says:

"Now, after 19 years, they come and talk and accuse of a land that was never taken, no one and nothing was damaged; and the figure of 114 million is quite fake. If you look at Drago's letter in court, he has to pay 0 money because he has done nothing to the state. "The land has never been privatized."

The duo has already started the "legal war" with Romania to close this story once and for all.

But, emotionally, how did Angela experience this difficult situation and period?

I knew I loved my husband, but I realized that I love him so much that even if I knew how this story would go (before I knew it), I would still agree to be with him and do everything to fight as we are doing now.

In the pink media, it has been rumored that the model has cheated on her husband or that she stays with him only for money, accusations which Angela certainly denies. She admits she has not felt so much pain for anyone and that any sacrifice, sleepless nights and physical exertion to pursue the matter has been worth it.

The model stressed that despite the problems, both want to expand the family, with a child, although he preferred not to talk much about this part.

"He does not know television ..." / Plas badly, the reply in the distance between the two journalists, Sonila Meço publicly responds to Balina Bodinaku: Here is the truth. Neither Arbana nor the production me anymore ...

Balina Bodinaku, an opinionist at Big Brother, was absent from two shows due to ...

The question that is confusing the whole network / What message was written in 2000 lekshin that Romeo left to Donald? It turns out what happened when the brothers were undressing

During yesterday's show of "Big Brother Vip", Romeo's meeting with his twin brot...