He passed away yesterday, the touching story of Hueyda El Sayed is published: My son wiped my tears when he was two years old 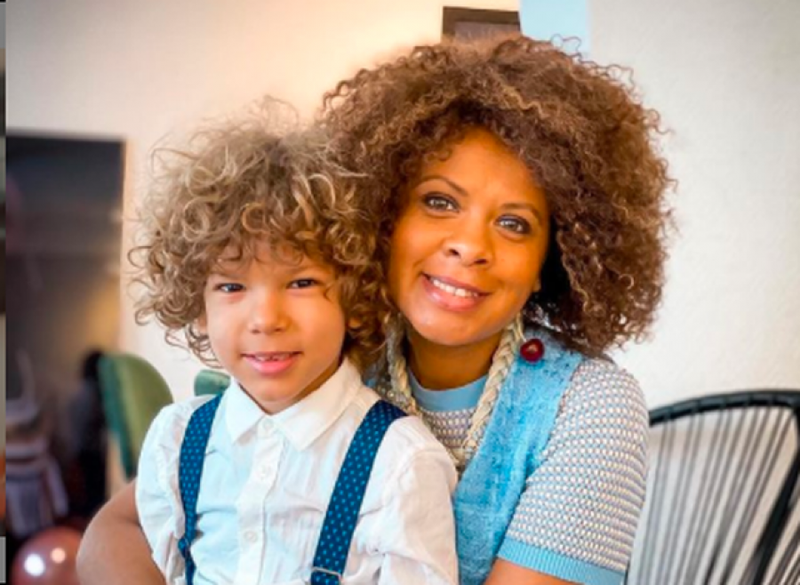 Hueyda El Sayed was known for her charismatic nature. The multidimensional artist, who passed away this Tuesday, has been occasionally invited to shows on the TV Klan screen.

In one of the appearances on the show "Rudina", she was present in the studio with her son, Gabriel.

During the interview, Hueyda, in addition to the laughter she caused in the hall during the conversation with her son, shared a very touching moment with him, referring to the divorce.

Hueyda El Sayed: For the sake of truth, I strongly defend Gabriel, even for the situation we have experienced together, I defend him and I have decided something else, not to just say "no, do not do this ”. I want to explain to him why he should not do this, when he makes a mistake I explain to him. I can be considered a liberal mom, but there are times when I even raise my voice, shout at them. Of course, I spoiled him a lot, I defended him more than I should, as others say, but Gabriel was one of the first people to wipe away my tears when I cried from the situation that arose two years ago.

Hueyda El Sayed: Maybe this is also felt, apart from the fact that he is my son and I will always be a fan and I will protect him at all times, he was the first to actually experience our pain and he would come there and say to me: " "Mom, do not cry" and he wiped my tears and there I cried even more because a two-year-old child has no right to wipe his mother's tears.