"You are the fortune teller of all" / The quarrel broke out in the house of 'Big Brother VIP', Iliri and Einxheli leave nothing unsaid to each other: You are cheeky and stupid! 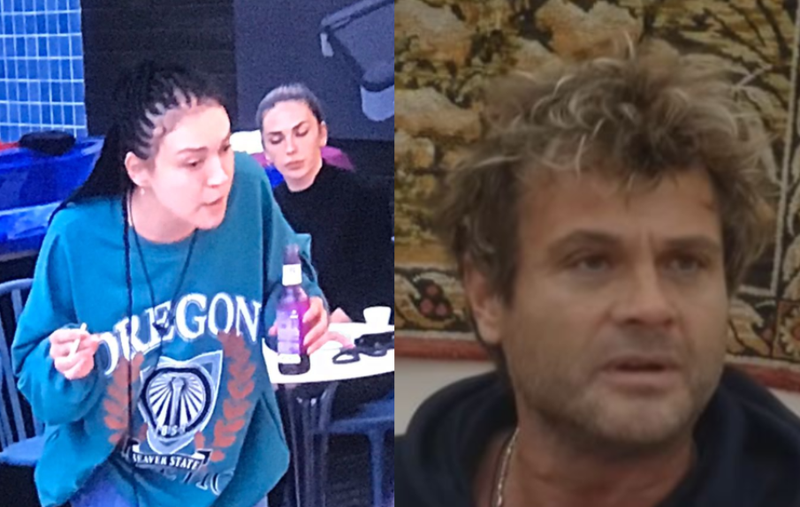 Ilir, Sabian, Arjola and Monica were given the opportunity to choose another resident for this activity.

The chosen one was exactly Kledi, an election which would provoke further debates. Angel claimed to be the real initiator of this activity, an opportunity which he took after winning the "Ninja" game.

She indicated that this request had arisen from Donald and that he really deserves to join that group.

That was enough for the moderator and Iliri to degrade the communication between them by labeling each other with epithets like fortune teller, scoundrel, intriguer, coward or cheeky.

The famous dancer insisted that he would not want to have any contact with Angel, while the journalist responded by saying that he did not do anything to Ilir to deserve this attitude of his.

Angel: This is torture and punishment, you had the other boy there and you knew he wanted to see her more. This was not right

Iliri: Why was the holiday fair?

Angel: Let's not talk about justice

Iliri: You had dedicated the wish to Donald?

Angel: Yes, and if I were you, I would have taken your wish into account. You are not interested…

Iliri: I do not take into account what you are saying. To be someone else yes. There is a distance between us and I want to respect it. It is simply a matter of preference. You are the fortune teller of all

Angel: What I had I told you in the face, but you are a coward, cheeky, vindictive and scoundrel.

Angel took it personally by constantly asking Ilir what he has to do with it and he does not prefer to answer. Apparently Iliri did not like Angel before she entered Big Brother.