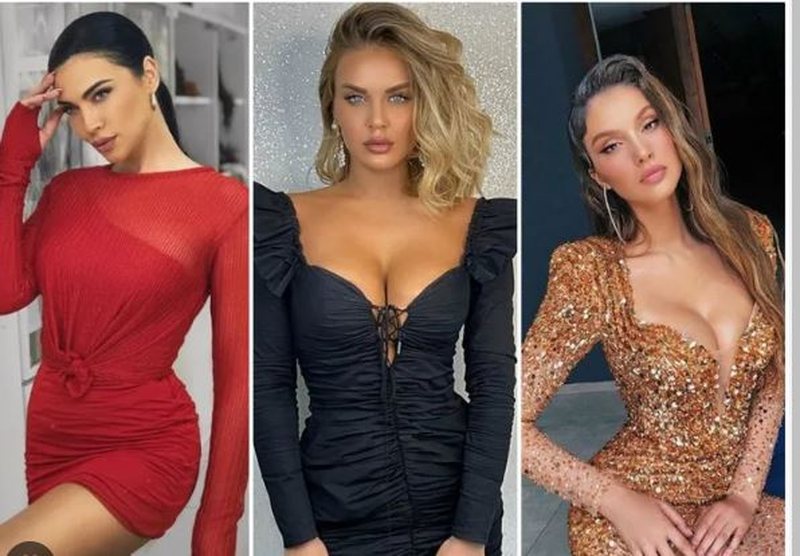 Invited last evening to the "Goca dhe Gra" show, model Kejvina Kthella talked about the fight with Einxhel Shkira and Oriola Marashi that became viral in the pink media.

Above all, the model emphasizes that it was not a male debate, while adding that there were third parties who influenced the conflict.

"We didn't agree that we didn't have the chance to meet, but it was something unrelated, on my part, more due to my impulsiveness. It is something that has nothing to do with men, nor with our society. It came from third parties…”.

Meanwhile, asked by the moderators in the studio if she would like to be a contestant in "Big Brother VIP", Kejvina expressed her desire to try it as an experience, since, as she said, the public knows very little of her character and personality.

"I think I would be a surprise for the public, for the type I am, since the public has not known me much. I am a person who adapts, I am very social, I have no problem being with new people or in closed spaces".

"My slippers...", the singer wishes her daughter for her birthday with the expression of Louise Aille!

He said he would leave the screen, Albano makes the final decision (Photo)

"Tirana is small for anyone!"/ Kiara's friend reacts harshly to Olta's threat and 'stings' Butrinit (PHOTO)

The well-known Albanian poet surprises the network, claims that Luizi is imitating him in the house of "Big Brother"

The well-known singer Eleni Foureira speaks openly: In Greece, they forced me not to say that I am Albanian, but...

It has nothing to do with Kiara and Luiz! Butrint appears with his new love (PHOTO)

"I will take revenge, I will not leave it at that", Olta talks to Kristi, she is not "sparing" Luiz (Video)

Olta doesn't get 'bad' with Luizi. The two clashed fiercely today, where they al...

VIDEO/ There is no end to miracles! The BBV resident washes her hair in the kitchen sink

The resident of "Big Brother VIP Kosova", Mbresa, has done a strange thing this ...

With Butrinti's song in the background, Efi provokes Kiara, the moderator gives her the answer that will surprise Luiz (Video)

Kiara Tito has spoken more than once about her history with Butrint Imer in the ...

"I don't need anyone, I tear you all apart"/ Olta "explodes" badly at Luiz: You tremble, you're afraid of me...

Armaldo once again discussed the issue of the past televoting and the debate he ...

"You tell us who you have as a friend once", residents of "BBVA", explode against the production, say that it is corrupt

When surprises are promised from a show, the last thing we imagine is a spectacl...