"I did not know Alban Ramosaj" / He made a fuss with the statement, Gjergj Leka speaks after breaking the network with the duet "Theje": Ardit Gjebrea proposed to me! I did not regret it, he knows me better than my wives 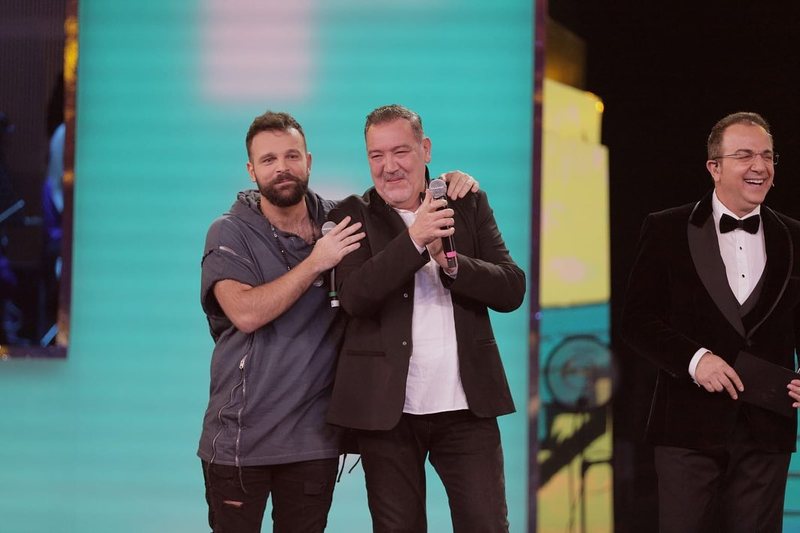 The duet "Theje" by Alban Ramosaj and Gjergj Leka on the second night of the 60th Song Festival was a hit on the mark, as this duo broke the net in a few hours turning into an indisputable hit.

Participation in the 60th ART Festival of many big names of music, was one of the most commented events of the end of the year, and one of them was exactly Gjergj Leka, who performed together with Albana Ramosaj the song "Theje" .

In an interview, Leka told how Ardit Gjebrea made the invitation and how he got acquainted with Albani's song. Among other things, he said that he has not agreed to speak in any media about the Festival, because he does not like the fact that a lot of mud is thrown.

"Messages come to me that remind people that it is my song, but in fact it is not my song. The suggestion was made to me by Ardit Gjebrea. I had not dealt with the festival for years because of my commitments. I do not see the new in age, but in what it brings. Arditi and I have been friends for 50 years, when he explained to me how he had thought without knowing RTSH yet, he was doing the opposite of what people expect and something beautiful would come out.  For me, the Festival was the second night.  The first thing I asked Arditi was whose song should be taken because I would take it myself. He told me it was a boy, Alban Ramosaj. Who is it, I ask? "How, he told me, I do not know, he is the one who sang in the Magic Song this year",  he said in "ABC News".

Among other things, he added that when he saw Alban Ramosaj performing on stage that gave his soul, he directly accepted, jokingly saying to Arditi : "The devil took him, he knows me better than my wives".

They talked through a phone call where he asked for the melodic line of the song and for 25 minutes he had told them that he hears his voice in that form and since that call they have had no contact.

When asked about song lyrics why there is a hypocrisy. According to him, in recent years, people are deprived of the song from the festival, and journalists sometimes do not get the voice they need to make criticism.

He also claimed that Alban Ramosaj's song is 100% Albanian, and Ronela Hajati's song "Sekreti" has an Albanian motive. According to him,  "our race loves negative energy and instead of dealing with two festival songs, let them deal with the songs that come on the market every day."