"How much hope you had!" Arbana Osmani publishes the last conversation with Vjosa Berisha, here is what she wrote 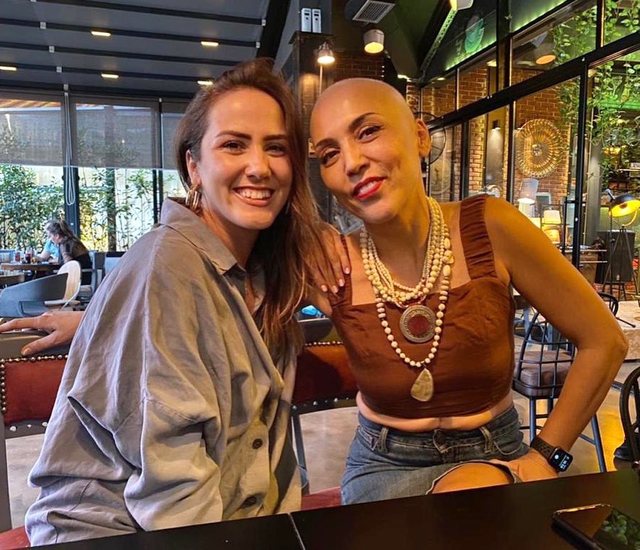 Arbana Osmani has been heartbroken by the separation from the life of producer Vjosa Berisha.

In a reaction on social networks, the moderator wrote “How sad I was, Vjosa. How much we will miss you. Ah how much. ” She further posted some old photos with him as she writes that she still can not believe it.

Also, Arbana shared with her followers on Instagram the last conversation with Vjosa. "It simply came to our notice then. Inshallah, you are doing well, sweetheart. "- Arbana writes while Vjosa returns with a lot of optimism that he will win the battle with a serious illness, writing:" Yes, my sweetheart passes, but she loves her time. He also interrupted my therapy because after that he had to go to London for radiation and other chemo. ”

Arbana continues the conversation by encouraging her with the words: “Everything will be fine. You are the strongest. ” "I love you dearly. Have a good vacation "- writes Vjosa and Arbana closes it with:" I love you too ".

Alongside the conversation, Arbana writes: “Our last conversation. "How much hope you always had, Vjosa."

Immediately came the reactions of well-known characters in Albania, who have expressed through social networks their sadness and condolences for the director's family. 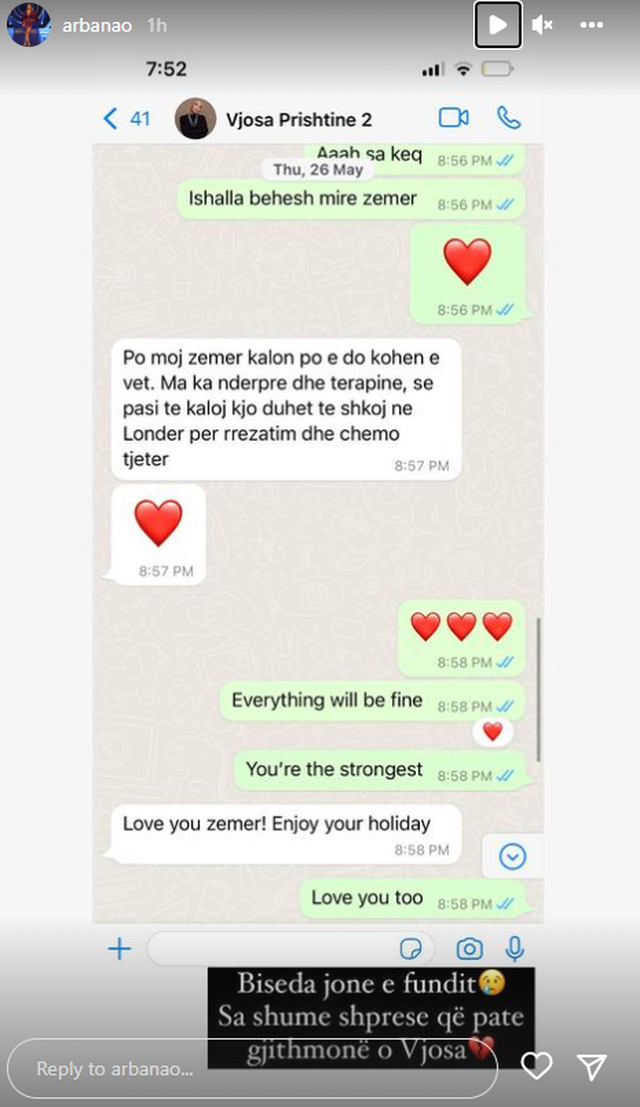 As one of the strongest and most talked about former competitors of the first ed...

Arjan Konomi is already known from his very popular instagram that he likes to...