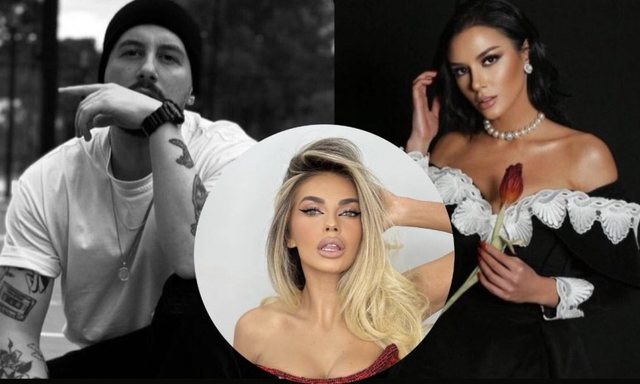 Recently, inside and outside the house of "Big Brother VIP", there is talk about the closeness between Beatrix and Donald.

Camera shots, occasional hugs, and a few moments of them, while taking a shower together, have "ignited" the comments that something more than friendship is starting between them.

Even a large part of the public, very much related to the "couple" Bora-Donald, who won the hearts of an entire Albania, comment negatively on the singer, although the two residents themselves have refused to have anything more.

But how does the truth stand?

In fact, a Beatrix comment on Bora Zeman seems to take a different view.

The day she was to enter "Big Brother" to surprise Sam, (but ended up surprising Donald), Bora posted a photo of her.

And Beatrix, shortly after the evening commented "You reminded me how beautiful it is to love, with a heart in hand yesterday, I drove my neighbor crazy by shouting", expressing love to the moderator.

Although, the followers have "turned" to Trixa after this comment, apparently she, like most of us, joins the group of those who asked from the screen for Donald to kiss Bora.

However, this kind comment lets us know that the singer sympathizes with them as a couple, and in this case it seems illogical that she has created consent for Donald. 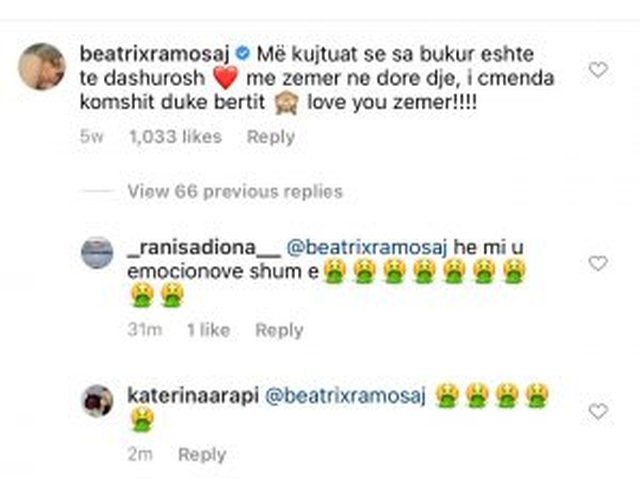