Clashes erupt in 'Big Brother VIP' / I stayed close to Donald, Beatrixi catches Egzona badly: I also appreciated her to the maximum! (REPLY) 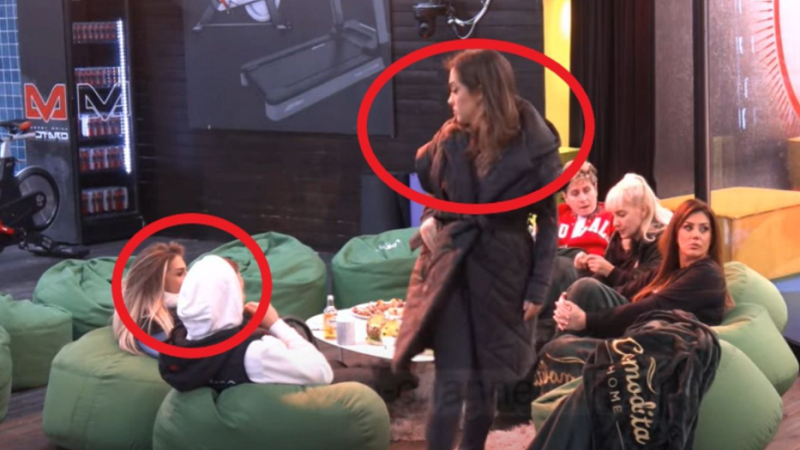 A new quarrel has started between Egzona and Beatrix and for this it seems that Donald has become the cause.

This is due to the fact that Beatrix considers that Egzona did not feel in a way about the fierce debates with Donald.

Meanwhile, Egzona was the one who advised the couple and commented on the situations that occurred between them.

Later, Egzona thought that Beatrix felt bad and clarified with her, however Egzona touched that thing again in last night's edition, which prevented Beatrix.

"I explained to her, she said it again in premiums and did not come to the market that day when Donald was to be painted," Beatrixa tells Arjola as she talks to him.

While in another video, while the residents are standing in the yard, Xheisara and Egzona leave. Beatrix greets him good night, Egzona's reaction gets attention which seems a bit irritating, but gives her an answer.

"We are going to the confession room," Egzona tells him.

Egzona also commented on this moment with Xheisara.

"I'm sorry now, I came out in the nomination and saw that Trixa hugged you, while she did not say anything to me. When I came, the first week, I tried to stay close to Trixa and I have absolutely no regrets because I have I did it with my heart, I did it because I felt it and I saw that it was not good at all ", said Egzona.

Later in the opbnor he also discussed with Beatrix.

"Every hug I gave, I gave because it came to me spiritually," said Egzona.

"I also appreciated it to the maximum," she told Beatrix.

"I was very sorry from that night, since the last Prime Minister for the distance you have created between us", said Egzona.