After defending two young men from Kosovo who were caught at a speed of 225 km / h in Albania, Leonora Jakupi clarifies the surprising statement, reacts harshly to the Albanian media 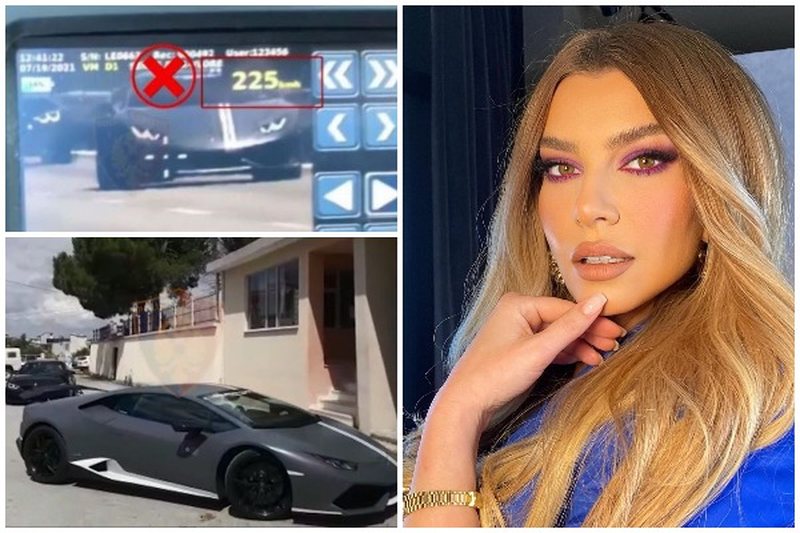 Two Kosovo Albanians who were immigrants in Switzerland were fined two days ago on the Fier-Vlora axis after being caught moving at a dizzying speed of 225 km / h.

Regarding the two drivers of the vehicles, there was a lot of criticism in the public opinion, where there were voices that considered the drivers as "deliberate murderers" demanding their punishment.

However, the famous singer Leonora Jakupi would come out in defense of the emigrants, saying that they do not deserve these attacks, adding that they should be left alone to enjoy their country.

"What have you got to do with these attacks on our diaspora?" No, they are racing cars, no, they are parking badly, they respect the traffic rules, etc., etc. Are we better than them? Or did you forget that we are the same dough? Let people enjoy themselves in their own country, in the end everyone pays for their mistake! Happy Diaspora ", Leonora wrote in her reaction.

After the reactions against her statement on social networks, Leonora has come up with a clarification. She says she does not protect those who endanger other people's lives, but does not agree that all immigrants should be prejudiced against the mistakes of certain individuals.

"Keep in mind that I do not protect people who risk their lives and the lives of citizens. I defend the right of the Diaspora, not every individual mistake should be attributed to the diaspora! Ps: it seems that the media in Albania do not have the slightest idea what is happening in Ks. in recent years ", writes Jakupi.

The long-awaited "Reality show" by the Albanian public "Big Brother VIP" will ...