"Orgasm in sex does not matter much, but…" / The competitor of "Për'puthen" talks about intimate relationships and makes the statement that surprised everyone Ritvana Fetahu's meeting with Azem Halimi sparked debates in the studio yesterday. "Compatible" competitors did not spare sexual harassment during the conversation with each other.

But in addition to the duo, Denzel also had something to say. The contestant had a conversation with Mikela Pupa and Ritvana behind the scenes, in the center of which was exactly sex.

Denzel: Have you ever fantasized about another guy here?

Ritvana:  Denzel, who cares about you or? I do not know. Denzel has the problem in himself, in the good sense of the word. We had a conversation one day and we were talking about our sex life and the way Denzeli said it was very interesting.

Denzel:  We talked about sex, how it works, how interesting things are.

Bora: What did you say to the girls mo Denzel?

Denzel: I  just explained the way I think about sex.

Ritvana: It was very loose, especially for a topic that is still taboo here.

Denzel:  I told him what matters in sex.

Denzel:  I can hardly say that, yes we came out for the moment of demolition and so on. It was about the orgasm part and I said that orgasm in sex does not matter much. It’s just the end of it all, I said interesting is what happens, emotions, movements, looks during sex.

Arjani: The end of the film also matters, if you do not see its end…

Ritvana decided to leave as soon as possible in the third part of the meeting, because according to her, the lack of a dictionary of the Albanian language in Azemi limited her to continue the conversation. She described this meeting as "the worst" she has realized so far in the love program.

This decision and the way of expressing the 27-year-old, revolted the opinionist Arjan Konomi, who told Ritvana that if he has this opinion about Azem, it is better not to meet with him at all.

Agree you did not have much communication, if we recall your meetings with Silver in retrospect, we can say 'open our stomachs'. Better such communication than those communications that looked brilliant and then were a soap bubble that went out and nothing. Azem is introverted, closed.

Then why talk about sex, women and these? Talk about a cultural thing. You have told us that you have these ambitions and these things and you have not made any conversations so far and all your meetings have nothing to do with career or anything. "Stay in the details ," he said. 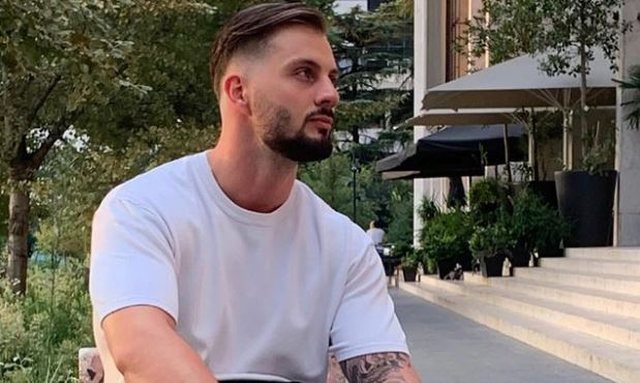