"I don't understand why he did it", the battle with Nita's tumor hits the residents badly: Why did he do it publicly 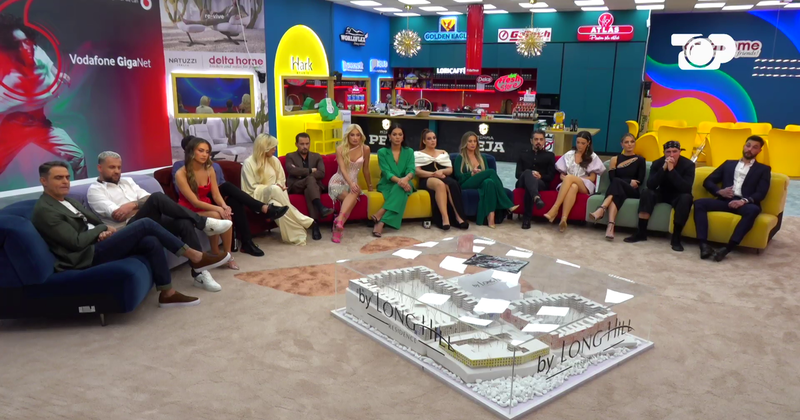 Nita's story about the battle with the breast tumor on the one hand has affected the residents of the house and on the other hand has sparked strong debates.

Some residents say that they do not feel like equal competitors in front of Nita, as they will be wary of her due to her health condition.

Kiara: He should have found another moment to put the finger on Luiz

Luizi: Even though she didn't say she didn't do it to victimize, she is automatically victimized

During today's show, Nita emphasizes that she told her story honestly and does not want this story to affect her game. "I don't want to be favoured, nor penalized or incarnated", says the singer who adds that she felt the greatest support inside the house from Diola.

"One of the people who has stood by me since day one is Diola. He tries to feed everyone in the house, take care of everyone. Diola, when you see someone bad at home, it becomes three times worse."

"I woke up very upset"/ Luizi makes an unexpected gesture towards Olta, the actress did not expect it (VIDEO)

"I can't take it anymore!" Olta Gixhari bursts into tears in "BBV", what happened so suddenly to the actress

"I went black on Saturday"/ Luizi decides to get into a fight with the resident Big Brother VIP Albania with the rest: I'll be happy (VIDEO)

It was not expected! "I'm kissing you tonight"/ What happened between Kiara and Luiz during the night? The singer is left speechless by the moderator's reaction (VIDEO)

After the end of last night's show, the residents had dinner together and then s...

Who is the winner of Big Brother VIP Albania? Balina Bodinaku reveals the two finalists: He entered in a very loud way, but...

A heated discussion took place last night in the Big Brother house. In the anon...

"I have given permission"/ Olta Gixhari blackmails Arban Osman with her strange request: You are on my doorstep (VIDE

Tuesday's "prime" night in Big Brother was full of arguments, laughter and stron...

At risk of eviction, here are the nominated residents of this week in the 'Big Brother Vip' house

Big Brother decided to put a vase of glasses in the house, in which it would be ...