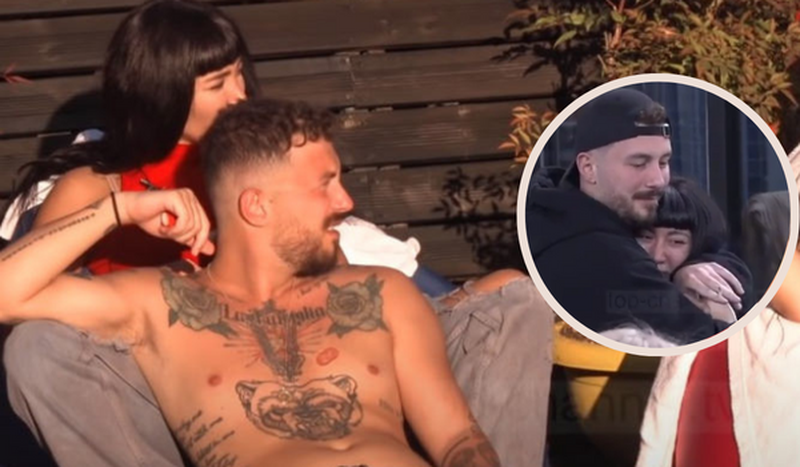 Semi Jaupaj and Donald Veshaj a year ago became part of "Big Brother VIP". The pair started their journey as two friends who had met through Bora, the actor's ex-girlfriend at the time.

To everyone's surprise, Sam and Donald stayed very close. They always supported each other and the closeness between them prompted hints that something more was brewing between them. Which was denied by both, including Bora. When Sam left the house, Donald jumped into the arms of Beatrix Ramosaj and of course this decision caused Sam to go against him.

However, things between them were fixed after the actor came out and broke up with Beatrix. Today, they seem to remember this whole experience with a lot of nostalgia. The actor and Sam have shared a video on social networks where they are seen together in the car. "A year ago today, Sam and I entered Big Brother," says Donald, who is followed by Sam, who adds: "And we have many beautiful memories there."

Then the actor humorously says: "Sam has made an album and we are going to get it! He also made a USB with video. We joke that we have gathered and are going to eat lamb".

"It started with a lot, the phone call to Sam, because it was hard for me to write to him, I didn't know what to write to him. I met Sam 4-5 times. Very tiring, oh my god how tiring I am. A lot of work, while the first message says write yourself because you broke me. "I want to write to you, but I don't know what to say," I said. I asked to meet, Bora did not want. I used to tell him "Listen to me, then poison me." A few days ago we were watching these conversations, when I saw that I said poison me, scandalous (laughs). This has been significant," said Donald.

Invited to "Goca dhe Gra", Sami couldn't help but ask about the couple. She said that now everything belongs to the couple and she will no longer comment on their situation.