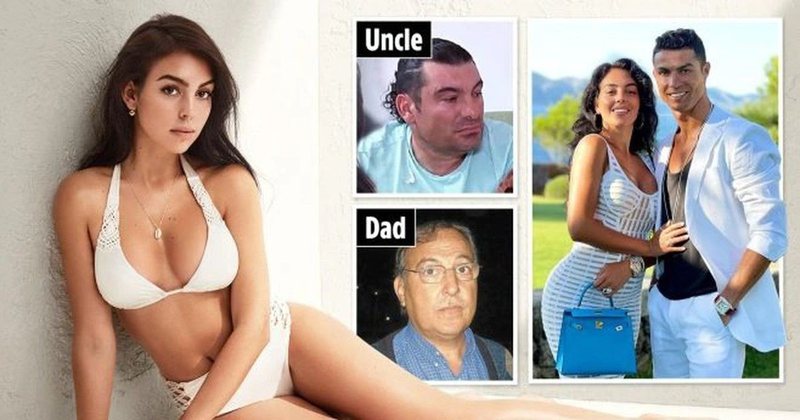 Georgina Rodriguez's life before meeting Cristiano Ronaldo was simple and poor, but changed when she met the Portuguese. Georgina is already very rich and her uncle Jesus Jesus has reacted to this way of life.

She has previously stated that although her life has already changed, she will not forget her family, but Georgina's uncle claims otherwise. Jesus Hernandez was the one who raised and nurtured his granddaughter Georgina at the time her father was imprisoned.

"She may feel ashamed of us and consider that she is better than us, because we do not live in her luxury. I never asked for anything. "She has only called me once or twice since I found out she was dating Ronaldo," he said.

But not only her uncle, but also her sister has expressed dissatisfaction with the media: "When it was my son's birthday, I asked her if she could ask Cristiano to sign a shirt for my son and she said 'no'. "She would not bother him because he was on vacation."

Meanwhile her uncle Jesus claims that he raised her and her sister, kept them in clothes and paid their bills while receiving only 650 euros a month.

Georgina's jewelry collection today is estimated at around 3 million euros, 100 thousand euros cost only a bag and 2600 euros spent to have a cat. Not to mention super luxury villas, apartments and cars.

Georgina's uncle also adds: "I wrote to Cirstiano Ronaldo on Facebook that you have the worst woman by your side, if you want to know more, contact me and I will tell."

But Cristiano Ronaldo has always expressed to the media very happy for his partner who complements: "She is the woman I am completely in love with. She is definitely a loyal partner and devoted mother. Geo has helped me so much. She is the mother of my children and I am very passionate about her. I open my heart to her, she opens her heart to me. I am very happy with it."