"I thought they killed me ..." / Ronaldo's super car destroyed the yard, says the owner of the house: I spoke with the footballer and his wife, the most respectable people I have ever met in my life 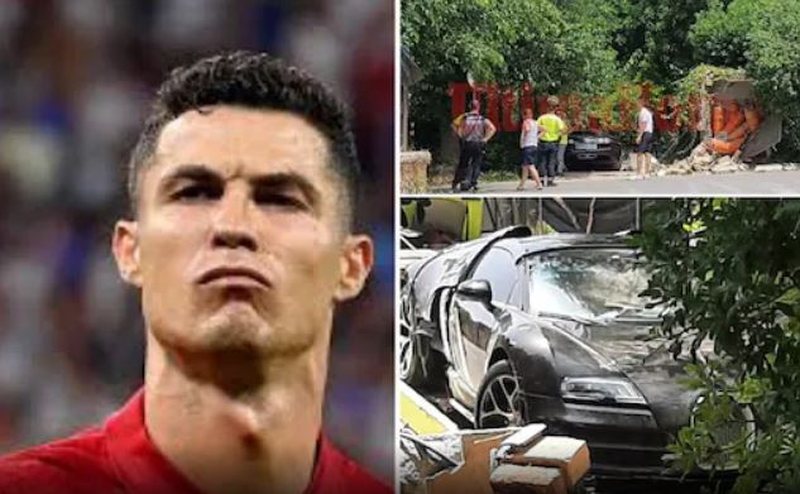 A serious accident occurred a few days ago, involving the car of soccer star Cristiano Ronaldo.

All his fans were scared on Monday, when the news that Cristiano Ronaldo may have suffered a terrible accident in Mallorca, where he is currently spending the holidays, was spread somewhat late. "Ultima Hora" was the first media that brought photos from the scene of the accident, but after a few minutes it was reported that the car was not driven by the football champion, but by one of his twin bodyguards, who had lost control of the vehicle. And we are not talking about a car anyway, but about a "Bugatti Veiron Grand Sport Viteshe", with the crazy value of 2.1 million euros.

The sports car crashed into the wall of a house on one of the suburban streets of Mallorca and suffered considerable damage, which will certainly have a fat financial bill to bring the car in normal condition. Thankfully, no one was injured after the incident, although the homeowner who saw the CR7 car crash into its wall was initially concerned:

"The strong blow destroyed a water pump, which created a lake in my yard and for days it has been difficult for the earth to absorb it. At the same time the front door flew a few feet away, but two cement columns also collapsed. Even very close to the scene of the accident was my dog ??hut, the first one I ran to. At first I thought I had been killed. But after I approached, I saw him tremble with fear of being hit and loud noise, - continues the owner of the damaged house, which then shows the meeting with the owner of the vehicle.

To get out I had to wait a bit and in front of me I found a very educated boy and girl. They reassured me about the damages and promised me to start the reconstruction immediately, save the bill and everything they would take over. They explained to me whose vehicle it was and after talking on the phone they invited me to meet Ronaldo and Georgina, the two most respectable people I have ever met in my life. Cristiano told me not to even deal with the local authorities or the insurance company. "In order not to open useless procedures that could waste time, he would deal with everything, from reconstruction to payments." This gesture, this taking responsibility, honors the champion Cristiano Ronaldo even more.