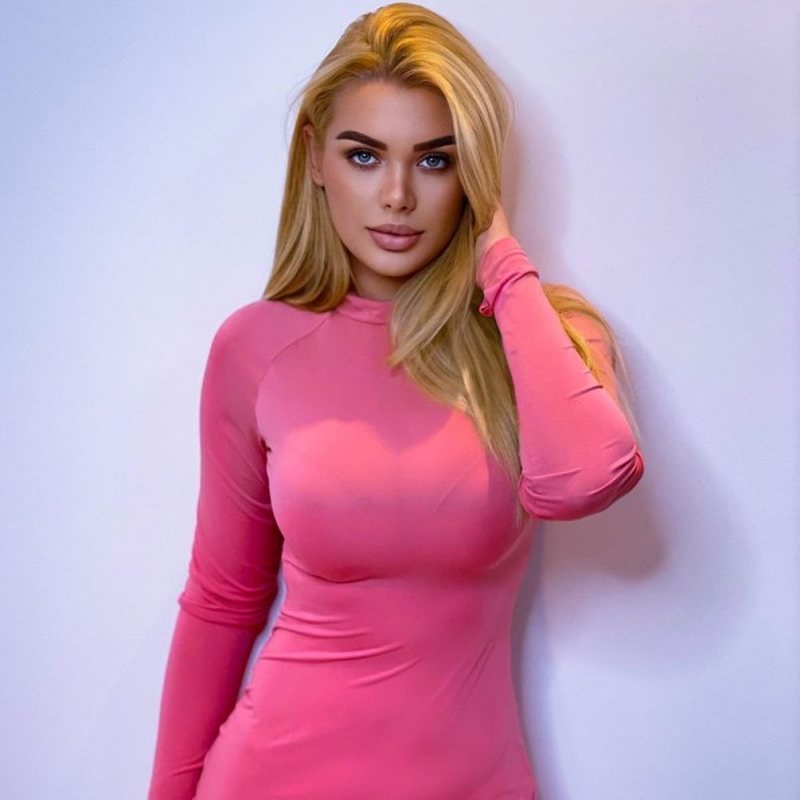 Eni Koçi is a very popular singer. Now that she has become a mother for the first time, she does not spare any pretty sweet posts and photos of her daughter.

In fact, the singer recently posted a photo with her little one that will melt everyone's hearts.

I am blessed that today I received the most holy name, the name Mother. My Adea, I love you more than anything in the world.

Thank you for beautifying my life," Eni wrote earlier on social networks, when she just became a mother.

Eni has always spoken about the first meeting with Genci and the epic way everything started.

In an interview Eni has shown that she met Genci during a tour in America and that he was very arrogant, Greta's comment on this occasion was even more epic than the situation itself.

"We met Genci on a tour in America. To tell you the truth, at first I thought it was very arrogant and I said to Greta, 'Obobo, how are we going to push him to the tour, I won't even talk to him', and Greta's answer was: 'Eha, it's killing my mind, it's like we're going to have a crush. with him'. You know the end, I believe", said Eni.

"What is the peninsula?" Efi and Olta explode again: Don't irritate me so much (Video)

Albanians "invade" the Sanremo festival, the name of another musician is revealed (Photo)

What happened at BBV? Olta makes an unusual request to Kristi: Come kiss me...

I left the "plate" for BBV and Albania! He was missing on Tuesday, you can't guess where Arbër Hajdari is

"It's from Fushë-Kruja above, that's all you can tell me..."/ Luizi embarrasses Efi, asks her about her boyfriend (VIDEO)

What city was Marigoja from? Residents 'fail' in the quiz game, here are their epic blunders (Video)

"I swear to you..."/ Alban Skënderaj openly 'stung' him on social networks and returns the same coin to Flori (Photo)

The well-known singer, Flori Mumajesi is undoubtedly one of the best and most su...

Just a few days ago, Feronit Shabani, known as Fero, was sentenced by the Gjilan...

"In the nomination we will take out Efi, Luiz and Kiara", residents "forget" the rules, weave "secret" plans. Will the production of "BBV" react?

"I'll scratch you both, they'll leave the house...", Luizi toughens his tone for Amos and Dean (VIDEO)

The situation at home has led Luiz to think that Kiara could be nominated this w...

Habit the 'crazy' fan of Kiara and Luiz: I will buy a house for the couple as soon as they leave BBV

They didn't go to the wedding, Luizi is full of "shit" on Amos and Dea: I don't even want to hear their names... (VIDEO)

Luiz, Kiara and Efi chatted this morning about the Amos-Dea duo, who didn't join...