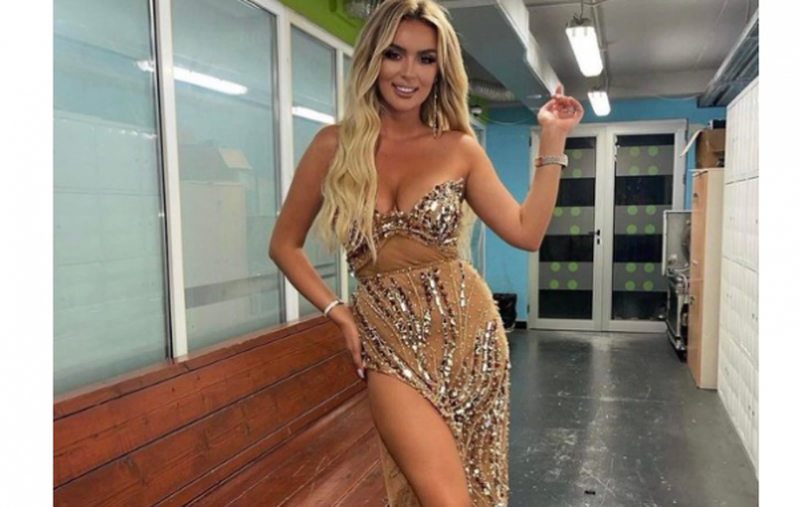 Antonela burst into tears as she talked to Angel in the laundry. It seems that the former competitor of "Për'puthen" did not receive the nomination well at all, especially when she came out less favorite last week by the residents themselves.

While talking to the well-known moderator, Antonela says that she always feels bad when she argues with others.

Conversation between Antonella and Angel:

Antonela: It has never happened to me that I was chosen as disliked and for me it was a bomb all that point.

Angel: They were not all, I got three votes

Angel: When you have a discussion and a debate, oh do it right because you think so, do not joke

Antonela: I do it right according to me. I never sit down with another, I just say a word you said to me, I insist with mine that I do not want to be lied to face to face. Not what you say to Dagz, what I told him, that you said to Angel as beautiful nails. Marrina. Those who do not tell me. He called me a bitch in a nutshell, because he said you were passing him near to make a guy.

Angel: Do not shout and calm down. You do not have to give this scene to anyone. You have the camera there. I do not have it at all for the people inside but for those outside, there is no need to see either your family or anyone who is upset and upset