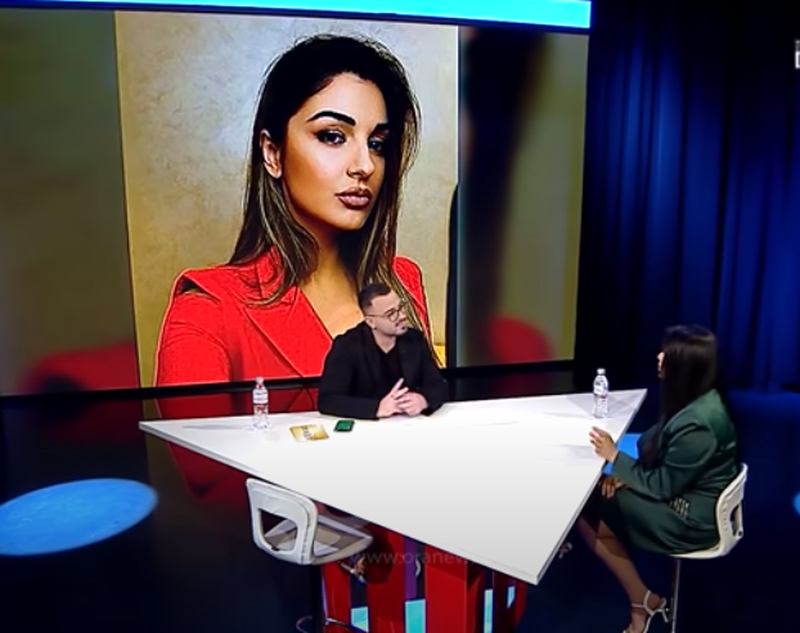 The 20-year-old former competitor of "Për'puthen", Xhevana Ndoj has been invited after leaving the show #Expuls where she got a lot of behind the scenes from this TV format where she participated.

Asked why she got into that program, Giovanna admitted that she likes the world of television.

As for leaving, she said it was dramatic: "I was given a meeting that was considered complete as if I was negative. They censored the meeting. It was a forced meeting, they forced me. I went to clarify but it ended completely differently. I felt betrayed. In those moments I was annoyed, but I can not do things that used my image. I do not agree. That was the reason I missed 9 episodes and then decided to leave. "a lot" - she said about the kiss on the lips with Michela, where she was accused of being a lesbian, about the fact when she told Endrit gay, where according to her, she was threatened with death by various SMS, she even adds that she stayed for some closed days and at home, as a phase of depression.