"I'm breathing in vain at home"/ Luizi talks about the debate with Diola: The movie makes a scene for me 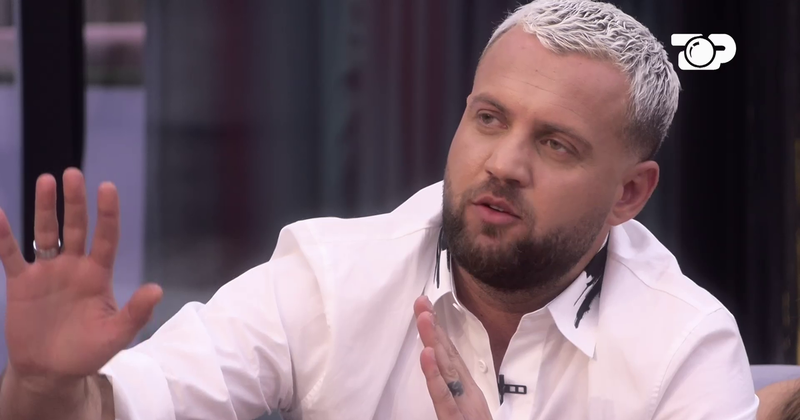 A few days ago, Luiz Ejlli and Diola Dosti had a debate, where the latter told the singer that her children were affected by the expression "breathe in vain". The singer told Diola that inside the house of "Big Brother VIP2" he is facing only him and not her family members, since everything is in the framework of the game. Even during tonight's prime, Luizi said that when he found out that Diola has three daughters, is divorced and with 3 faculties, he went and told him to 'take off his hat' for this.

I asked Amos if he knew anything about Diola, he told me she is a mother of three children, divorced and with 3 faculties. I entered the room and told him to take off his hat. I told her you are a strong woman, I have a sister with 3 daughters who is not divorced, I know the sacrifice you made, and for that I take my hat off. But for the game I will consider like everyone else.

They breathe in vain at home, I said about inside these walls. But you come and tell me who you are to tell me, you put me in a very awkward situation.

I was not understanding where my mistake is. If here you are attacked within the game and you put people out, it is not a game. I have the game differently and I have it with you. Makes me feel like a movie.

You told some residents here, knowing my type, tell Nita tell Luiz. I wish with all my heart that it never happens to anyone. When he came in, he came in and said I'm Nita. Her perfect body, very energetic. This girl here does laps around the pool.

How do I know there were other things? I have empathy for all residents, for what they have outside. In terms of the game, I don't have to empathize when they don't for me. All these people who say they have empathy, make plans to get each other out.

"I woke up very upset"/ Luizi makes an unexpected gesture towards Olta, the actress did not expect it (VIDEO)

"I can't take it anymore!" Olta Gixhari bursts into tears in "BBV", what happened so suddenly to the actress

"I went black on Saturday"/ Luizi decides to get into a fight with the resident Big Brother VIP Albania with the rest: I'll be happy (VIDEO)

It was not expected! "I'm kissing you tonight"/ What happened between Kiara and Luiz during the night? The singer is left speechless by the moderator's reaction (VIDEO)

Who is the winner of Big Brother VIP Albania? Balina Bodinaku reveals the two finalists: He entered in a very loud way, but...

A heated discussion took place last night in the Big Brother house. In the anon...

"I have given permission"/ Olta Gixhari blackmails Arban Osman with her strange request: You are on my doorstep (VIDE

Tuesday's "prime" night in Big Brother was full of arguments, laughter and stron...

At risk of eviction, here are the nominated residents of this week in the 'Big Brother Vip' house

Big Brother decided to put a vase of glasses in the house, in which it would be ...

The draw is made at Eurovision, here's when the singer Albina Kelmendi, who will represent Albania, will perform

Singer Albina Kelmendi will perform the song "Duje" in the second semi-final of ...

Exciting! "I was afraid to talk on the phone"/ The video that made Olta Gixhar cry is shown: I feel as if she is holding me accountable! I will come to you very soon

Last Prime, the residents unanimously decided to give the phone that Big Broth...

After the threats, Olta plans the plan with physical violence: I can't wait for the moment to put Luiz in the middle, turn him around and grab him with our shoulders

Yesterday, before the big spectacle of 'Big Brother VIP' started, the situation ...