"Who is the person who attracts you the most sexually?" / Donald leaves Beatrix speechless with his answer: Inside or outside the house? (VIDEO) 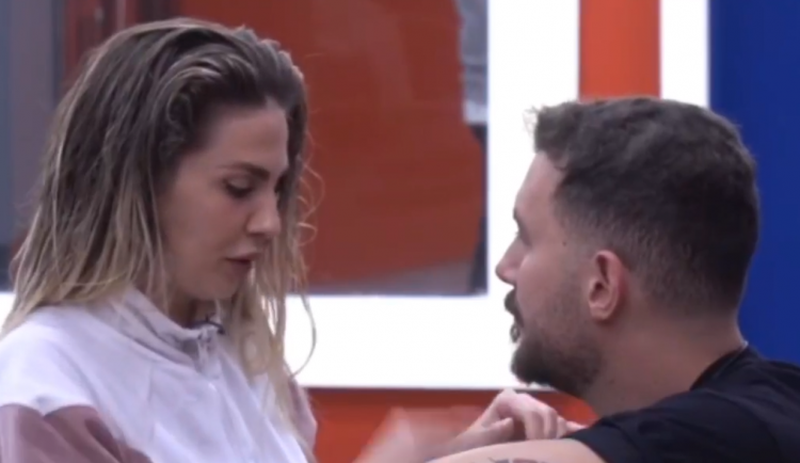 Last night "Big Brother" surprised the residents with a game. They had to be divided into groups, where the girls were the ones who would choose their partner in the game.

For the "answer or drink" game, Beatrix has chosen Donald. They both chose from a ball where there were various questions and addressed them to each other.

"Say the name of the person who attracts you the most sexually", was a question addressed to Donald.

Initially the well-known comedian asks if inside or outside the house. Although Beatrix told him outside the house, that he had not qualified him there, he decided to give the answer without speaking but with actions.

Donald takes the singer by the hand, telling her that it is you and Trixa pretending not to understand and telling her to fill the glass.

When asked which girl he would have a "one night stand" with, Donald refused to answer, saying: "It is very useless only once" and then drank the glass.