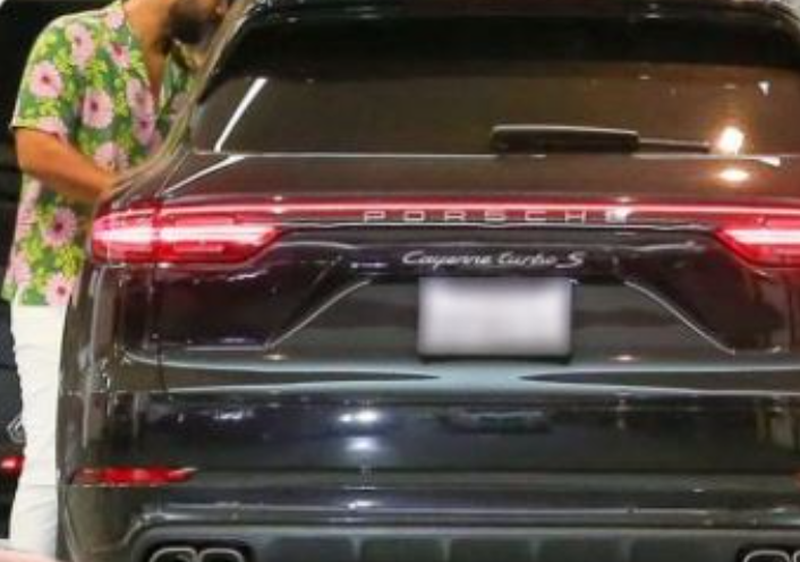 John Legend was targeted by thieves after his Porsche was stolen, according to TMZ.

The media said Los Angeles cops arrested a man who broke into the luxury sports car while the singer, 43, was inside a music studio.

The police department said the car was parked outside the location, where the robber was able to break in and sit inside "for some time" while looking for a way to start the vehicle.
The entire ordeal was caught on surveillance cameras, prompting security to call law enforcement.

LAPD reportedly confronted the boy and asked him what he was doing before he claimed to authorities that he owned the Porsche.

The alleged robber got out of the car and started walking, then ran and was involved in a short chase before he was eventually taken into custody.

He was arrested for the offense of attempted grand theft auto and is being held on bail.

Despite the stressful situation, John was able to enjoy Thanksgiving with his family a few days later.

The singer posed with her wife Chrissy Teigen, 36, in the photos shared on social networks.

The pair - who will celebrate their tenth wedding anniversary in 2023 - celebrated the occasion with their two children, six-year-old daughter Luna and four-year-old son Miles.

The three-time cookbook author, who is expecting another child with her singer-songwriter husband, wore a long white dress.

The Sports Illustrated cover star - who lost her third child in 2020 - was all smiles as she posed with loved ones in Instagram posts.

Teigen, who married Legend in 2013. Chrissy's pregnancy announcement comes two years after she shared the devastating news that the couple lost their baby boy, who they named Jack.

"I have this bad..."/ Luizi starts the day in tears! What shocked the singer so much

Unusual/ The public punished her severely after the nomination, Dea finds fans in China and India, what happened to the beauty's 'Instagram'

"Give it now, bam bam to everyone, don't stop"/ Here is the epic answer that Luiz gives back to Christi: I'll start with...

Afraid of what she did, Dea Mishel asks Olta: How did I react? The actress supports him

"I will..."/ It is revealed what Luizi said in Efi's ear a few seconds before leaving the BBV house

It was nominated by Dea Mishel, what Efi said after leaving Big Brother

The game of intelligence and the pearls of the resident of BBV/ 'Sphërthen' Sonila Meço: Dea Mishel is a consequence of her own choices, she has chosen to remain ignorant, it is not her fault, but...

Dea Michel, resident of Big Brother Vip with an average of 9.5 as she has shown ...

The public caught the "mat" production of "BBVA", this is what was written on Dea Michel's envelope

After the intelligence game, which was won by Dea Michel, she had a red envelope...

"If I was aggressive, I would have stayed longer", says John after the elimination

Jonathan left the Big Brother house tonight. In the studio, he said that his typ...

Dea sends three residents to the nomination, the players are surprised by the choice

Dea Mishel, who won the "Intelligence Game", had in her hand the red envelope br...

Here's who the resident left the Big Brother Vip 2 house

Jonathan leaves the Big Brother Vip 2 house giving up the grand prize. This is t...

Dea and Nita won the test of the week! The residents of "BBV" make the important decision

Big Brother decided that this week, he will test the residents with a challenge....