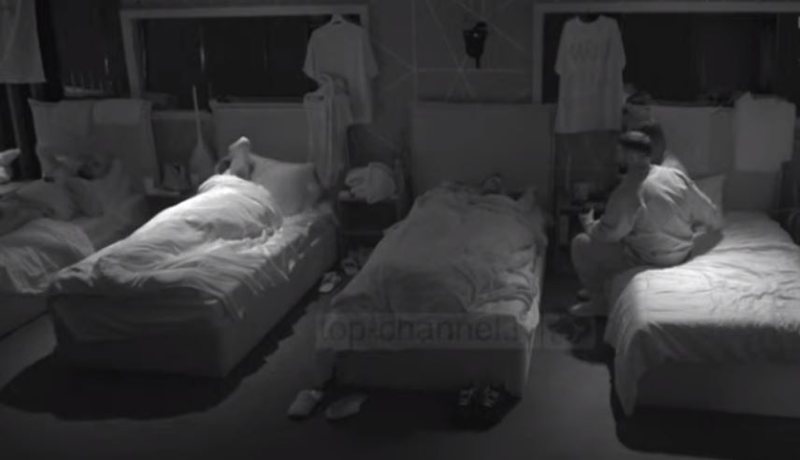 As they sat down to sleep, PM stood by Beatrix and Donalle's bed talking. The DJ and comedian had decided to do a trick on Sarah, who then comes to the bedroom.

The pair were talking about the blogger, as if one of the residents had been gossiping about her. Sarah asked who the person in question was and Donald's PM continued to slap her.

PM: Sarah told me it does not look like that

Donald: She did not have it with her because she does that thing with everyone. Just the idea was that she saw it from the way Sarah kissed you, you understand?

PM: She has seen that I kissed unconsciously

Sarah: Who? What are you talking about?

PM: Did he tell you too?

Donald: The idea is that you should let him speak for himself

Sarah: Did Antonela say anything again?

PM: This has irritated me

Sarah: So who, that my name is being mentioned

Donald: Sarah is doing it for the game

Sarah: Who says that, at least knows. O PM you drove me crazy, who?

PM: Have you kissed twice?

Sarah: Oh my heart it does not matter you and I kiss, there is no need for people.

Donald: He even counted them

PM: He looked carefully at how many times you kissed. Are you kissing on the veranda mirrors?

Donald: It seems to her that everything revolves around her. You also had some kind of guilt that you could not touch it from the thigh like that

PM: Yes I did not with any awareness

Donald: You take her hand away when she sees how much she likes it

PM: Where do I know.

Donald: We are joking

Sarah: Go PM, go and sleep with these two