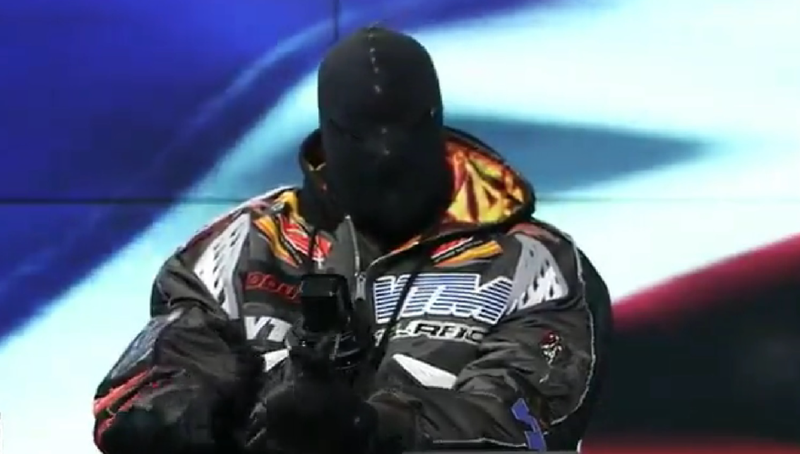 Rapper Kanye West has praised Adolf Hitler and said people should not criticize the Nazis.

This statement by West was made during an interview with far-right conspiracy theorist Alex Jones and has caused a storm on the network.

"I see good things about Hitler. "Every human being has value that they brought to the table, especially Hitler," he said.

"I like Hitler," he added later and called himself a Nazi.

The interview with West, whose face was hidden under a black ski mask, also included anti-Semitic comments from Jones, who referred to a "Jewish mafia" and Fuentes, an outspoken white supremacist who has been called a "campaign manager." of West.

Jones, a serial provocateur who has been ordered to pay hundreds of millions of dollars in damages for claiming that one of America's deadliest school shootings was a "hoax," sought to counter West's praise of Hitler and the Nazis, saying that “ the Nazis were thugs and they did really bad things.”

However, West immediately rejected this statement of the theorist saying that: They also did good things. We need to stop bashing Nazis all the time.

"I tried to do my best. Despite this, he still violated our rule against incitement to violence. The account will be suspended," wrote the platform's chief executive, Elon Musk.

"I have this bad..."/ Luizi starts the day in tears! What shocked the singer so much

Unusual/ The public punished her severely after the nomination, Dea finds fans in China and India, what happened to the beauty's 'Instagram'

"Give it now, bam bam to everyone, don't stop"/ Here is the epic answer that Luiz gives back to Christi: I'll start with...

Afraid of what she did, Dea Mishel asks Olta: How did I react? The actress supports him

"I will..."/ It is revealed what Luizi said in Efi's ear a few seconds before leaving the BBV house

It was nominated by Dea Mishel, what Efi said after leaving Big Brother

The game of intelligence and the pearls of the resident of BBV/ 'Sphërthen' Sonila Meço: Dea Mishel is a consequence of her own choices, she has chosen to remain ignorant, it is not her fault, but...

Dea Michel, resident of Big Brother Vip with an average of 9.5 as she has shown ...

The public caught the "mat" production of "BBVA", this is what was written on Dea Michel's envelope

After the intelligence game, which was won by Dea Michel, she had a red envelope...

"If I was aggressive, I would have stayed longer", says John after the elimination

Jonathan left the Big Brother house tonight. In the studio, he said that his typ...

Dea sends three residents to the nomination, the players are surprised by the choice

Dea Mishel, who won the "Intelligence Game", had in her hand the red envelope br...

Here's who the resident left the Big Brother Vip 2 house

Jonathan leaves the Big Brother Vip 2 house giving up the grand prize. This is t...

Dea and Nita won the test of the week! The residents of "BBV" make the important decision

Big Brother decided that this week, he will test the residents with a challenge....