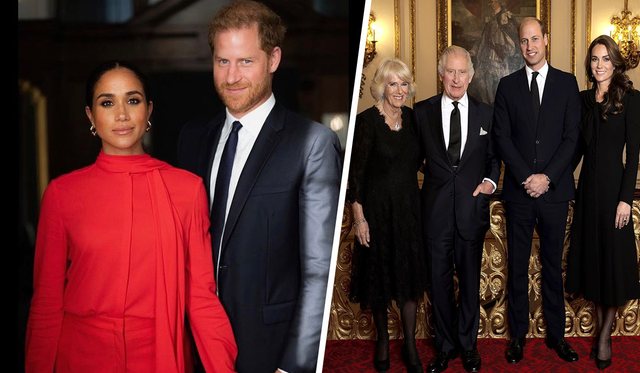 Recently, the royal palace shared the new portrait of the royal family, where it clearly appeared that there was no place for Prince Harry and Meghan Markle.

Following the moment, photographer Misan Harriman shared a black-and-white photo he snapped of the Duke and Duchess of Sussex standing close as they shook hands.

"The Duke and Duchess of Sussex moments before attending the opening ceremony of @OneYoungWorld last month," Harriman captioned the photo on Instagram.

The image was long commented on as a response to the photo shared by the royals, which featured only King Charles III, his wife Camilla and Prince William and Kate Middleton.

Earlier, the Sussexes attended a summit, which took place in Manchester, England, on September 5. 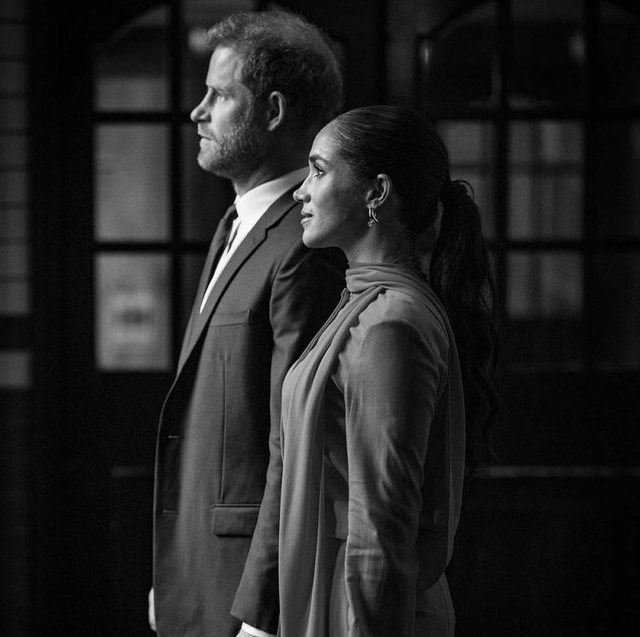 After their appearance at the summit, the couple headed to Germany to take part in the Invictus Games event 'Dusseldorf 2023 - A Year to Go'.

But their trip was cut short when Buckingham Palace announced on September 8 that the Queen's health was failing and Harry rushed to Scotland to be with his grandmother. 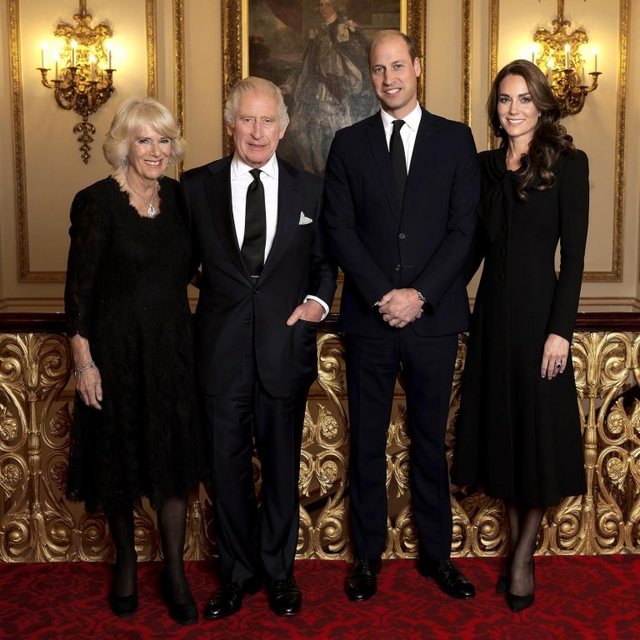 She died a few hours later and Harry, unfortunately, didn't make it in time to say his goodbyes. And sources reportedly claim Harry learned of the late monarch's death online.

Harry and Markle honored the Queen alongside Prince William, Kate Middleton, King Charles III and the rest of the royal family, despite tensions since they stepped down from their royal duties in 2020.

Markle and Harry attended the Queen's funeral, where the former actress was seen shedding tears and the couple sat in the second row.

The new photos of the couple together come just two days after the palace released a portrait of William, Middleton, Charles and the Queen's consort Camilla Parker-Bowles, which was taken moments before the Queen's funeral.

Noticeably absent from the portrait were Harry and Markle, providing further evidence of the family tensions between them.

Did Neymar destroy the Albanian couple's relationship? The famous singer makes the statement that surprised everyone: He left me, I'm suffering! (VIDEO)

Age is just a number for the famous actress! We all remember her for performing the magic "Tale from the past"/ Celebrating her birthday, how old she is and how she looks today "Marigoja" (PHOTO)

"Why my lady IGNORANCE....?/ The ex-competitor of P?puthen explodes in insults towards the follower: Zhulake like your work...

Rozana Radi goes public with the late request: There is nothing more difficult for me! Please don't do it again (PHOTO)

Rozana Radi is one of the most accomplished Albanian singers. she has given a la...

The well-known Albanian blogger speaks without gloves: If I earned this much per month, I would sleep comfortably

For blogger Estela Ujka, happiness has a price. Asked how much money would make ...

Sings "Mommy" LIVE on the show, the well-known showbi character surprises Bieta Sulo in the middle of the stage (VIDEO)

The flower is one of the most prominent characters of Match +40. She was recen...

His departure after many years caused a stir/ "It's s*ks in the middle of the day", Arjan Çani breaks the silence and speaks for the first time about the future of 'Zone e Lire', shows when he will return and the motives that led him to 'divorce'

After many years, Arjan Cani did not return to the screen every Friday this new ...

Rita Ora or Dua Lipa? The virtual clash between the artists, which gathered more people in the square (PHOTO)

Rita Ora and Dua Lipa have made us proud all over the world with their success b...